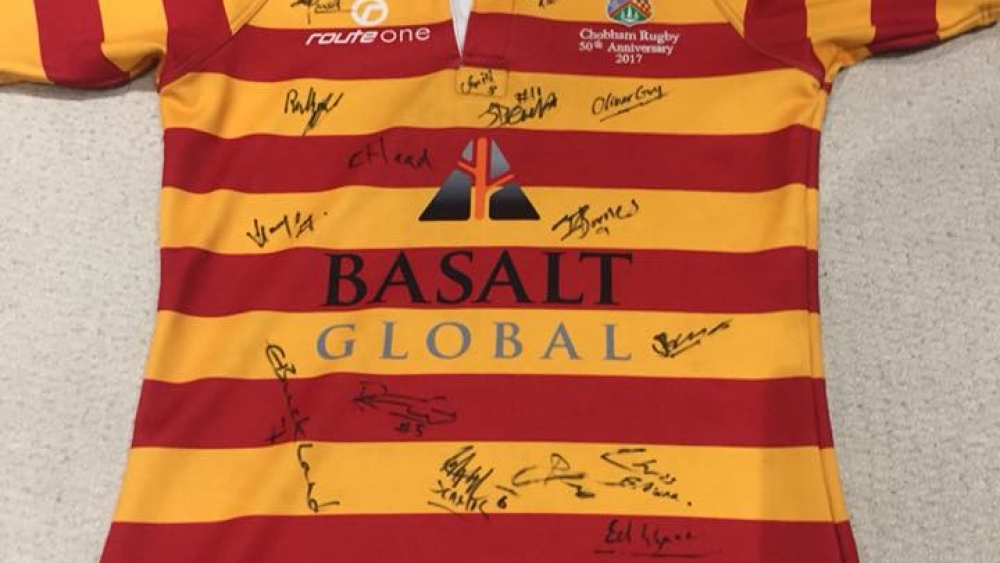 It may sound a bit early as we’ve just come back from the 2018 Minis tour but as the wonderful age group manager for the U9s ( Steve ) reminded this age group, it’s our job to fund raise for next year. One of the U9 coaches ( Dave Fellowes-Freeman ) is running the London marathon in a few weeks for Orchid, a male cancer charity ( you may have seen the blue collection buckets with mini tour and orchid logo at the bar ). As part of his fundraising he’s doing a blind auction for a 50th anniversary Chobham top signed by the first team ( thanks to Malcolm and Tony for sorting ) and a four ball at Burhill golf course. Anyone interested should send bids to Dave ( 07795 207851 ) by 7th April stating name, bid and for which prize. All proceeds will be split 50/50 between Orchid and the 2019 minis tour. Winners will be announced on Chobham Facebook page on 8th April! Dave also has a just giving page, his target time is 3hr 30mins…. https://www.justgiving.com/fundraising/davefellowes-freeman