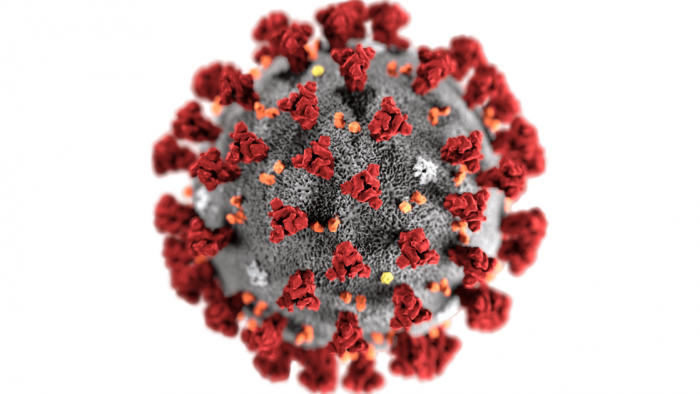 We are reviewing the latest coronavirus update:

One instruction that is very clear is that all users of inside spaces at the club will have to wear a face mask unless seated or medically exempt. This is effective immediately and I ask that you take responsibility for complying with this government missive. As stated before, we do not have the volunteer resource to police this and I ask that you look after each other’s health and your rugby club. NO MASK NO ENTRY!!!

TRACK AND TRACE
The club has a responsibility to provide track and trace and we understand that users of the NHS COVID-19 App can check in using the App.

All visitors to the clubhouse, or any buildings on the clubs premises, must complete track and trace.

Use either the NHS Track and Trace QR code or our own Chobham QR code that we have distributed around the site.

IMPORTANT – this does not replace the track and trace procedures that we have in place for players training. We will continue with the existing sign in process.

Please bear with us, these procedures may change over the next few weeks, as we understand the effectiveness of the NHS COVID-19 App.

BAR
We will have to change how we use our bar and are trying to work through procedures to deliver some form of service.

From this evening we will be providing table service and a strict 10pm curfew. If you are joining us this evening can I ask that you help us to work through the inevitable issues that we will encounter. The changes we are implementing include payment systems and all procedures will be untested.  Constructive feedback will be much appreciated but probably not when we are trying to clear a backlog of orders!

Food – This is an ongoing discussion – not forgotten

Thank you all very much. 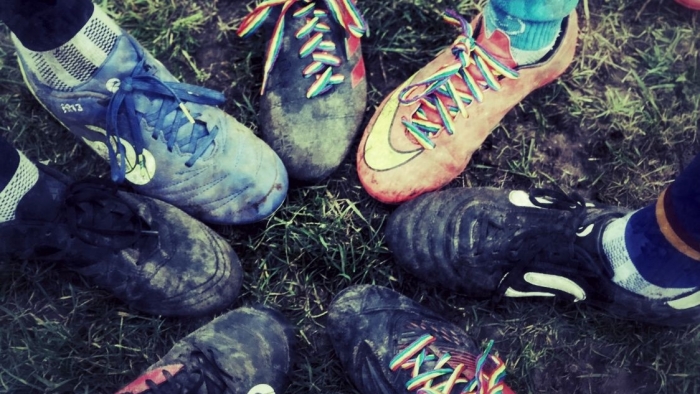 Mini and Junior Rugby returns to Sundays on the 6th September. As we remain at Stage D on the RFUs Return to Rugby Roadmap sessions the club will operate very differently and critically we need parents and players to observe the controls we have put in place which are important in maintaining safety for our players, parents and volunteers.

Please note for the first couple of sessions neither kitchen nor bar will be open to help us focus on getting Rugby back before anything else. Toilets will be available in the clubhouse – please follow the directions of travel in the clubhouse.

As we are operating under strict controls for player numbers, sessions will be staggered throughout the day as follows and we need all parents, players and volunteers to adhere to the points outlined in the sections below.

HOW TRAINING WILL WORK 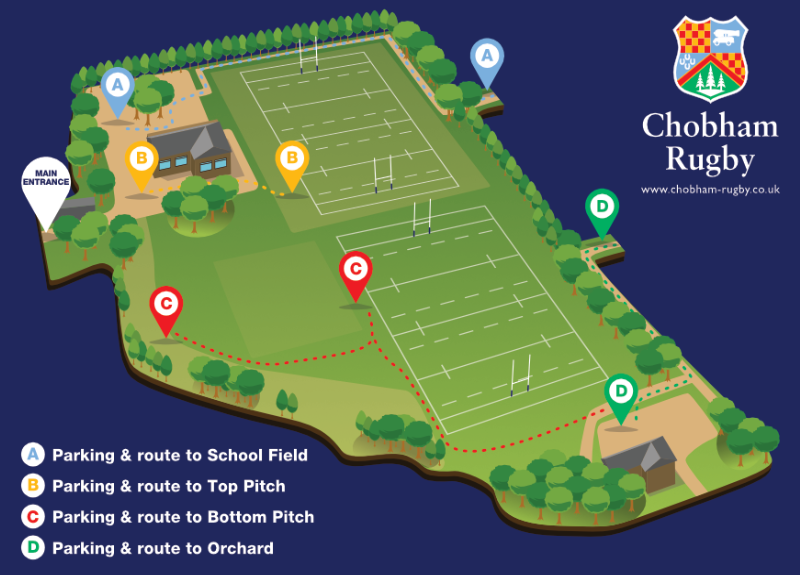 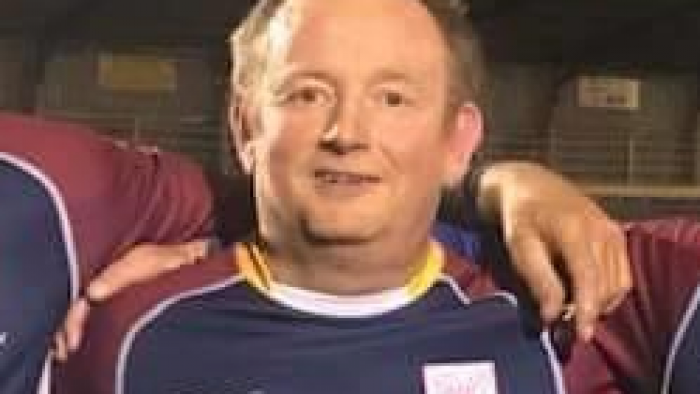 It is with great sadness that we must tell you Flapper passed away Saturday morning, 15th August 2020, at home with his wife Bernice and sons Zak & Jacob at his side. Bernice has asked that we remember him, he was a husband, father, friend to many and hero and friend to many at Chobham Rugby.

He has been fighting pancreatic cancer and since being diagnosed in February has had a very positive outlook on life.

Flapper played his formative years at Esher and following his work with developing their Colts and Academy players was made a Vice President at the club. He then found a renewed zest for rugby through the 13 man version of the game and with the influence of Grant Smith came to Chobham Rugby to see out the twilight of his playing career – oh how wrong was he!!

Flapper was a huge influence with the Devils developing and nurturing young players through to senior rugby in his early time at Chobham Rugby.

He was a tour legend and “what goes on tour stays on tour!!!”, but his legend was made at Paignton in the 30m sprint (run (dawdle (walk) down the right wing, his shorts 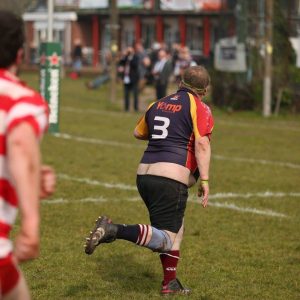 falling down over his knees and being tripped by them to score over the line.

Two seasons ago, as ever with Flapper, the little butterfly morphed into a new phase of his career and got involved with Chobham’s Mixed Ability side, the Surrey Chargers, he took on coaching and mentoring. Flapper was helping Mike O’Regan in fundraising in their quest to get to Cork for the Mixed Ability RWC 2020. Sadly due to Covid it was never realised, but he has left a legacy that will always be remembered.

The other side of Flapper is just as remarkable, his two sons are international ice hockey players, he and Bernice would travel the UK (as well as Europe and North America) supporting their boys. He also had a great passion for fishing.

Everyone at Chobham Rugby offers our condolences to Bernice and the boys.

Chobham today featured in the news on the Englandrugby.com website – full story here :

Chobham Rugby, one of Surrey’s leading community rugby clubs, prides itself on offering the sport to as many people as possible.

Having weathered lockdown, they are now bringing rugby back to their Fowlers Wells pitches, while following all government guidelines. The return is toasted at a socially distanced drink each Thursday evening.

The seniors have had over 60 training at each session and 115 different players from 17-years-old through to over 50s, 25 players being Under 21s means a fantastic future for the club. The sessions provide both pre-season fitness and also the mental wellbeing of the squad as a whole. Supported by their skilled medical team, they have taken all precautions to protect player’s health and wellbeing.

Their women’s team is training and due to enter the RFU league structure during the coming season, providing opportunities for those progressing from the girls’ section, which serves  players up to U18 level.

They have the second mixed ability team formed in the South East, the Surrey Chargers, where players with autism, a learning difficulty or a physical disability play full contact rugby alongside more experienced players. Training is on its way back for the Chargers too.

Regularly featuring in the Surrey Heath and Woking sports awards for their work in the community, the club’s community work includes local school rugby programmes and holiday rugby camps.

The club has around 600 minis and juniors who will be enjoying Ready4Rugby, ranging from age five onwards, with lots of family support. Their five senior sides are raring to go as they wait to play their league rugby from London 2 South West (Level 7) through to the Surrey Foundation League.

With fun sessions for pre-school children, weekly mixed touch rugby and regular touch rugby for those aged 35 and over, Chobham caters for every age group and skill level.

Says Mike O’Regan, community co-ordinator: “When we reached Stage B our senior men and women began training under the specified guidelines. Now with Stage C everyone is eager to get back and active.

“We are always looking for opportunities to expand the game and introduce it to groups who may have previously been under represented. Rugby should be a game for all and that’s what we aim to provide.”

This week, 16 regular O2 Touch players were invited to a test event, to help road test the protocols and allow touch to be played in line with the RFU guidelines for stage C. A great hour-long session was enjoyed.

Everybody pre-registered using the O2 Touch app and then signed in and sanitised when they arrived, the app providing a track and trace facility, with contact details and the sign in a self-declaration of being Covid free.

Breaks every 15 mins to re-sanitise and to rehydrate didn’t deter from a competitive session despite nobody caring much about the score, as one player commented it was “good to be back running and passing the rugby ball around.”

All players brought along two shirts, light and dark, to avoid using bibs and only one regularly sanitised ball was used to minimise equipment. 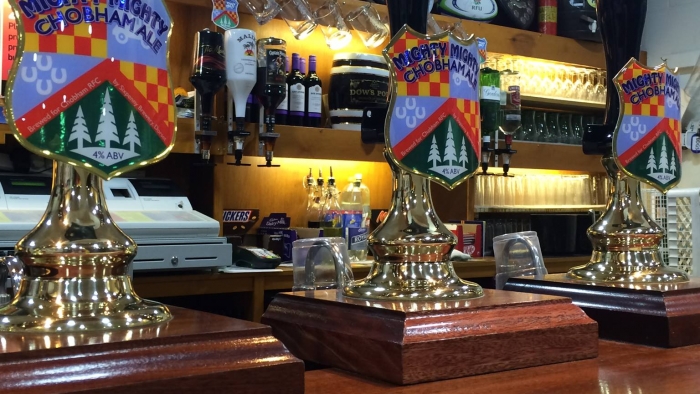 Order your drinks in advance for a Chobham Rugby social. Prices include VAT.

Orders for Mighty Chobham need to be placed by Tuesday evening. 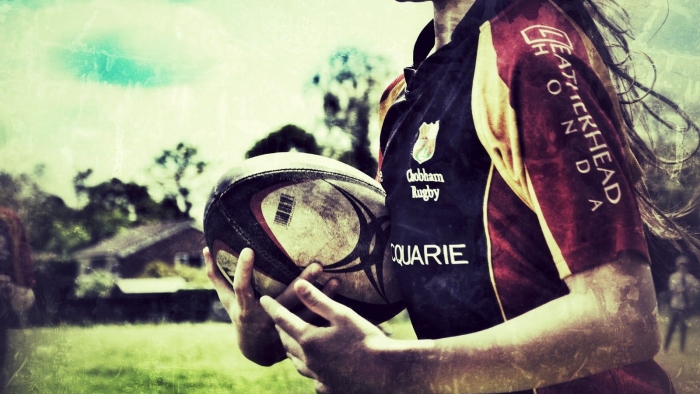 I hope you are all well and enjoying the summer. As you will have read in our weekly Newsletters, we have been busy tentatively taking steps to open up the rugby club, as permissible and safe, for both rugby and social activity.

You may have also seen that England Rugby have now moved to Stage C in the Return To Rugby Roadmap (https://www.englandrugby.com/news/article/return-to-rugby-community-update) which allows us to move forward with non-contact training.

Clubs across the country are now working towards a full season commencing on the 6th of September. Whilst we don’t believe it will be a “normal” season as it may be slow to evolve back into full contact and may be interrupted, we are confident that we will be able to deliver rugby across the board for the next season. The Rugby Leadership group have been tasked with ensuring that we are ready to go with a full program of rugby activity (as permitted) for the new season.

Based on the above rationale, we have opened the membership system and request members to start the process of renewing their membership for the next season. Full details and instructions are on our website at https://chobhamrugby.co.uk/join-support/

After much consideration, the Management Committee have concluded that we should hold subs at last season’s rates.

We took the following into consideration

The uncertainty around the makeup and length of the season makes it a major challenge for the club attempting to understand the financial impact. We have managed our financial position over the closed season taking advantage of every tool and grant we were able to apply for, but we have taken a significant “hit” to our income due to the cancellation of some major summer hires. As we open up, we will start to incur significant costs. We have not reached out to the membership for donations or set up just giving accounts as we are mindful of our members circumstances and didn’t feel it appropriate to build up a reserve “just in case”. The downside to this approach is that in these uncertain times we cannot accurately understand our exposure to reduced sponsorship and bar/kitchen revenue. We do however feel that we can offer a season of rugby and reasonably ask for membership fees. I will add the caveat that if the season is a complete write off (highly unlikely) we will of course look to find a way to compensate.

As an additional enhancement to membership this season, we will also be distributing smart membership cards that will have the functionality to enable members to preload cash for cashless payments and receive offers such as member discounts at the bar. More details will be released later as we get the technology up and running.

Finally, a huge thank you to all of you that support your wonderful club and I am looking forward to a new challenging season that with patience and teamwork we can thoroughly enjoy.

I hope that you get signed up as soon as possible and we can all steer the club through these strange times and look forward to seeing you all on a Saturday and Sunday in the very near future.