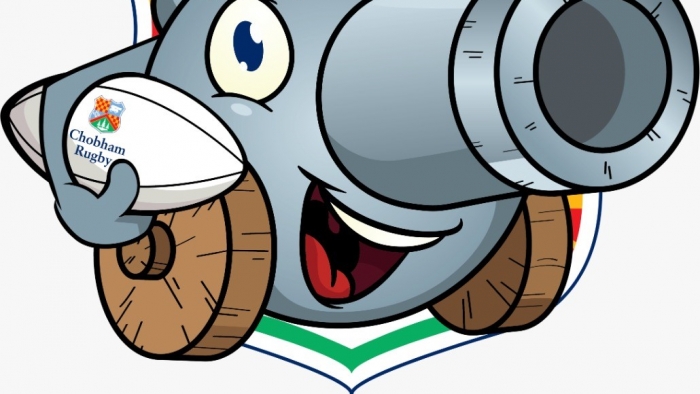 The club aims to restart its Little Cannons sessions from mid September for children aged 2-5 who are not yet old enough to start in the minis. With this in mind we are looking to recruit coaches to run the sessions between  08.30 and  10.30 on a Saturday morning in the clubhouse.

A formal coaching qualification is not required but experience of working with young children is desirable, with the successful applicant needing to obtain an RFU certified DBS certificate and first aid qualification .

Full time – Salary to be negotiated

Chobham RFC, an RFU Accredited Club, has been actively promoting rugby in the community through its successful school’s programme since 1993. At the vanguard of the community game, we launched the ‘Little Cannons’ toddler rugby group in 2014 and in September 2016, in partnership with SCL, we are opening the West Surrey Rugby Academy. We are also committed to promoting and increasing Girls and Ladies Rugby in the Surrey Heath area to build on our successful work with the Surrey Swans.

An opportunity has arisen for an ambitious individual to join the rugby development team at Chobham as a Community Rugby Coach (CRC). The successful individual will be asked to lead our Schools Programme, with the objective of growing our footprint across schools in the local community to bring rugby to a wider audience of both boys and girls and provide them with a pathway in to the game. This will involve delivering extra-curricular clubs, taster sessions, curricular sessions and tag rugby tournaments for local schools, as well as support the Club’s mini section as required.

The CRC will also play an active role in coaching within the Junior section of the club, by providing advice and guidance to coaches in the Junior set-up as well as taking a designated age group for midweek training and games with the objective of supporting the improvement in coaching within the section and facilitate the pathway into senior rugby.

To succeed in this role, you must have experience of coaching Rugby Union to young people in a range of environments. You will also be committed and able to work regular weekend and evening hours to meet the needs of the club. You must also hold a minimum of RFU level 2 coaching qualification, with an ELRA and first aid qualification as desirable. You will also be able to communicate effectively and to present a highly professional image when representing Chobham RFC; establish positive working relationships with staff at schools and within the local community, as well as the coaches and managers across the age groups at Chobham Rugby Club.

Closing date for applications is 26th May 2016 with interviews taking place in early June. To apply please send your CV, cover letter and salary expectations to David Page Director of Rugby davidpage523@btinternet.com

We are pleased to announce the appointment of a new 2nd XV ahead of the 2014-15 season, Liam Cranford.

Firstly, as a senior rugby coaching and management team, Tony, Nigel and I would all like to sincerely thank Paul Sims for his unwavering commitment to the role of 2nd team manager over the past two seasons, and the support that he has offered to the first XV throughout.

It was decided that if we were to move forward as a squad, then it was vital for us to look for and appoint a dedicated second team coach for the new season ahead within the following framework:

Having received interest in the post from external coaches it was decided quickly that we had the ideal candidate right under our noses in the shape of Liam. Liam will work closely with Tony and I in both the panning and delivery of coaching to the second team. Having Liam in place will also allow for far greater player development opportunities within the 2nd XV, through the use of accurate and technical feedback and a greatly increased amount of video analysis, specific to the 2nd XV.

With the success for the Devils in bringing our youngsters in to senior rugby, with 8 of this years U17’s already having played senior rugby this year and more to come, it is imperative that we put the resources in place at senior level to nurture this talent. To that end Liam’s appointment will have a hugely positive affect on player development across the board and (working with myself, Tony and the Devs coaching team) the development and integration of the Devs into the senior sides.

We are currently also looking to add to the coaching provision at Dev’s level ahead of pre-season so keep your eyes peeled over the coming weeks for further news on the senior coaching team.

Chobham RFC are pleased to announce the appointment of Chris Dodd as lead Devils Coach.  Chris is well known to Chobham having played for the club at mini, junior, Devils and 1st XV level. After leaving Wellington College, he completed a degree in Sports Psychology before embarking on a coaching career that has included coaching spells in league and union with Harlequins. An RFU Level 2 coach, he is currently in Brazil working for Premiership Rugby on their global rugby development programme. Chris joins us in July.

The appointment of Chris and Liam Cranford as 2nd XV coach mean that together with Head Coach Ryan Gregory and Assistant Coach Tony Paul, and our existing Devil’s coaching team of JP Laurent and Ian White, we have a fully integrated coaching structure right across the senior section of the club. Given the success of the integration of our junior players into senior rugby, this puts us in a tremendous position to develop our talent even further.