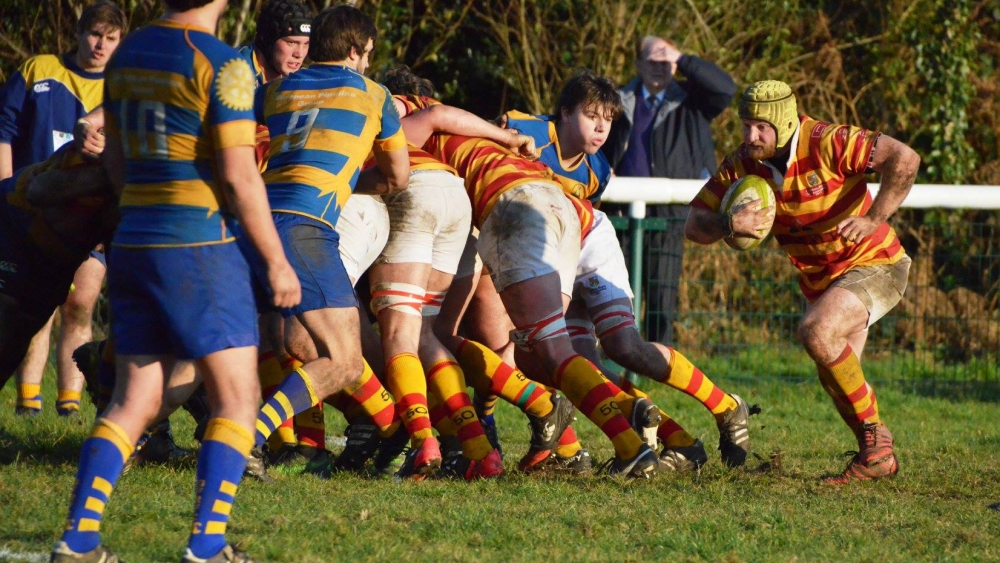 Basalt Global’ sponsored Chobham needed to bounce back once again from last week’s poor performance and with the visitors to Fowlers Wells, lowly Gosport they could not find an easier opportunity.

Gosport who are almost consigned to relegation did what they do best and never gave up but the better class of the Surrey side shone through and they led from the 3rd minute with a try from Liam Monaghan who was back in the side after a week on the slopes , Alex Seers began yet another master class of kicking with his first of his 5 conversions. On 11 minutes Phil Williams went over after some fine work from the Chobham back line, doing the work that normally falls to the clubs top try scorer Josh Devitt who is out for the season with a dislocated elbow, Seers hit the extras.

As with games that are almost a shoe in, the better side eases off and on 25 minutes they did just that when they allowed Gosport an easy score that once again showed the frailties of the Chobham side, but they still led 14-5.

On 28 minutes Chob replied to the Gosport score after a long clinical pass from Seers hit Williams with perfection who went over unopposed out in the corner, Seers conversion just going wide. On the stroke of half time and with Gosport down to 14 men, the always lively Ollie Smith went over and Seers added the extra 2 points that gave Chobham a half time lead of 28-5.

Gosport dug deep in the 2nd period and held Chobham at bay until the 6oth minute when Rebwah went over after the forwards came at the Gosport line time and time again, something had to give, 33-5. Further tries from Sam Gratton, Euan Buckland and Dan Mays secured the 8 try to one victory that lifts Chobham one place in the table but below the mid table place they must now seek in order to give the season some positive outcome.

With no game next week, they need to focus on the difficult few weeks ahead, when they travel to Tunbridge, host Maidstone the week after and then face local rivals Camberley on the 18th March in the County Cup Semi Final. These final few weeks will make of break Chobham’s season.