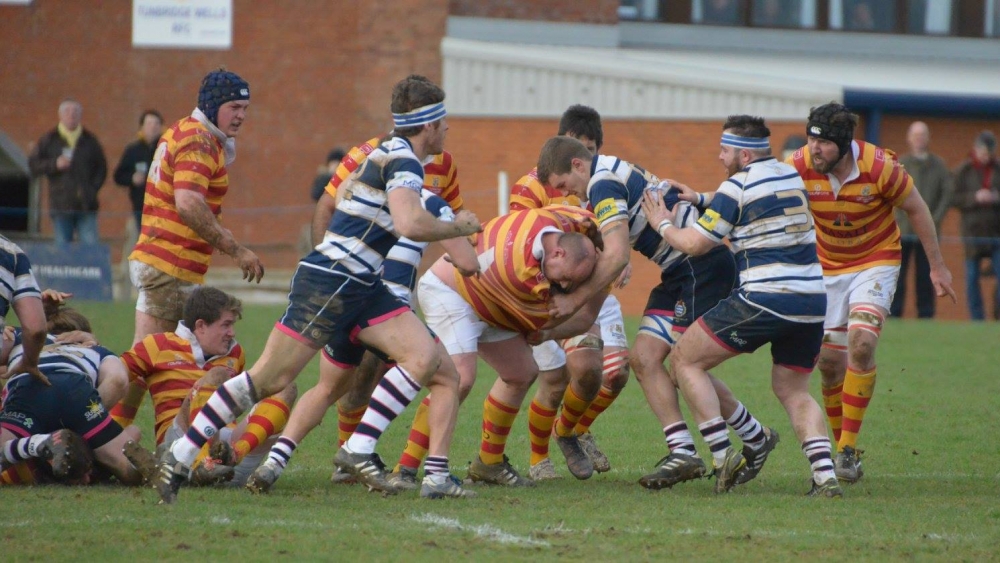 Chobham travelled to the promotion seeking Kent site on the back of a thumping victory over Gosport but failed to capitalise on an opening 20 minutes in which it would have been hard to predict the final score.

Chobham opened the scoring through the boot of Alex Seers following a sustained period of Chobham superiority. Tunbridge hit back on 13 minutes through a penalty but with the strong wind at their backs.3-3.

Chobham then went on the attack and began to play some stylish rugby much to the delight of the travelling faithful, however finishing was an issue and they failed to convert pressure into points.

It was Tunbridge who scored next despite the Chobham domination as a missed tackle on their try line gave the Kent side their first try. TWO further 1st half penalties gave the home side a 14-3 lead at the break. Chobham were well in the hunt but in a Jekyl and Hyde moment the game changed massivly.

Five second half tries sealed the deal for Tunbridge in a huge turnaround of fortunes.

Maybe the best try of the day was by Chobhams Liam Monaghan who pulled one back when it was all too late.

The final score of 45-10 would have been the last prediction of those who saw the first 30 minutes. Chobham capitulated and this now needs to be addressed post haste of they are to finish the season with some pride. With back to back home games, Maidstone in the league next week, then the massive cup game versus Camberley the  week after.