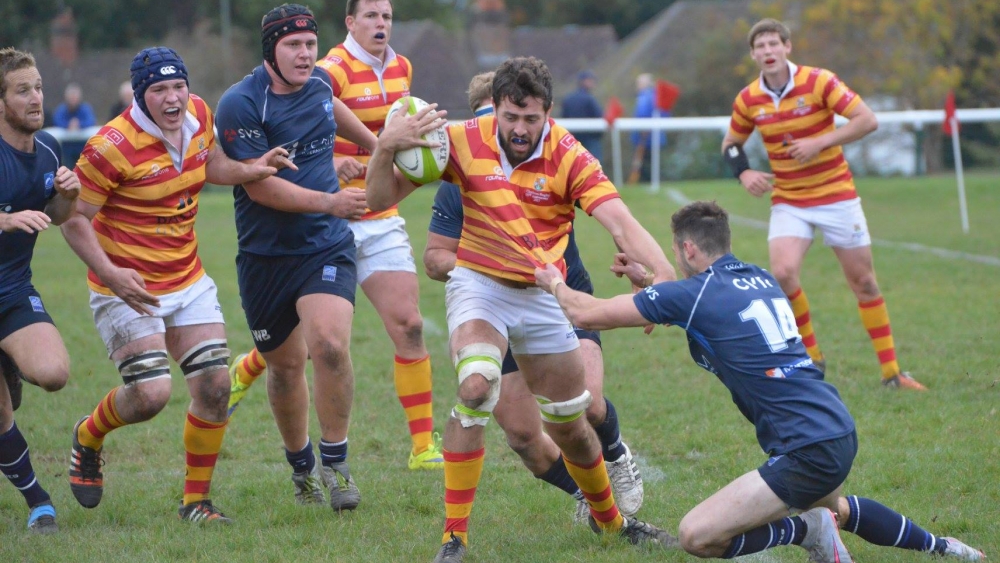 The first home game for near on a month as caused withdrawal symptoms for the Chobham faithful, but they delivered as ‘Basalt Global’ sponsored Chobham took the spoils with a little more ease than the score suggests.

Brighton without a win all year came to Fowlers Wells looking to take away their first win points, they had not taken into consideration Chobham’s new weapon – Jayde Cruickshank who having remained remarkably quite about his ability stepped up with two penalties both from the half way mark. The ball was still going up as it sailed through the posts. Chobham opened the scoring on 13 minutes when lock Dom Sammut went over, Alec Thomson added the extra’s. With barley time to breath, Brighton went offside from their kick off, step up Cruickshank as he launched the first of his three penalties. Chobham 10 – Brighton 0.

Chobham looking smart with the change at Fly half, bringing in Owen Glover, replacing Thomson who went back into his full back and provided a much more attacking threat. The back line had changed as Skipper Tony Paul was absent, but Ollie Guy stepped in and provided a great platform with Cruickshank as a centre partnership. Brighton struck back with a penalty on 20 minutes, before Chobham’s Euan Buckland saw Yellow as a string of penalties tested the Referee’s patience a little too often. With a man, down, Brighton took advantage and scored an unconverted try, as they sauntered through the Chobham’s sleeping defence. 10-8. Cruickshank struck again to extend the lead to 13-8. Before Sammut scored his second try which was converted by Thomson. Chobham lead 20-8 at half time.

The second half saw Cruickshank open the scoring after only 5 minutes, this time with an unconverted try. Brighton then began so show more punch and provided Chobham with a real test, a converted try on 60 minutes narrowed the gap to 25-15, but Chobham had the last word when Cruickshank hit his third penalty.

Chobham ran out victors 28 points to 15, missing out on a bonus point was disappointing but it is hoped we can move on after this performance and take the same intensity into the away game at Gosport next week. It was also great that we could introduce another product of the Chobham Mini and Juniors as Rory Carris made his 1st XV debut aged just 18, he has a bright future.