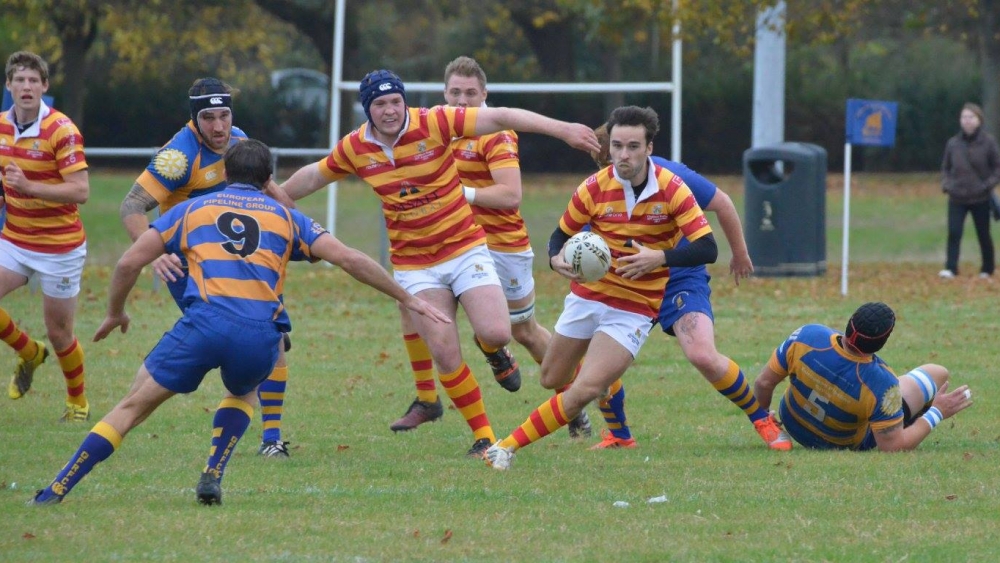 ‘Basalt Global’ sponsored Chobham once again found Gosport a happy hunting ground as they out played their hosts in a brilliant 2nd half display. Boyed by the return of Player coach Ryan Gregory after a 10 month lay- off they looked to make it two on the bounce to help improve their league position.

The first half saw Gregory take the reins in leading the pack, he led by example as with minutes he scored ‘Chobs’ first try, Alec Thomson securing the extras (7-0). Early in the half, Chobham were forced a blood change as Jayde Cruickshank received a large cut to the head, his replacement Phil Williams, making his first start of the season after shoulder surgery. Gosport fighting for their survival at this early stage gave a good fight and countered with a try of their own as they showed the dogged spirit that they pride themselves on. The half saw each side counter each other scoring wise, Chobham through Ian Barnes, the away side just edging the half by the additional conversion – Half time 12-14.

The 2nd half was a different proposition; Gregory now off having done his 30-minute rehab stint but looking to get more time later urged his side on from the side line along with Backs coach Tony Paul. The side responded brilliantly and brought back visions of old with some quality running lines and moves involving backs and forwards. Four second half tries from Sam Gratton (his first in senior rugby), Callum Edwards, and back row duo Euan Buckland and as every always lively Ollie Smith. Alec Thomson adding the additional points with conversions and a penalty. Chobham were very good value for the win, they dominated as they have done of old and hopefully this is a sign they can take forward. Head coach Ryan Gregory said “It was great to get back playing, being on the side line is not something I like when I know I have so many more playing days left. The side is beginning to take shape after an indifferent start and hopefully this will be a stepping stone for us. We have some tough games coming up, next week at home to promotion challengers Tunbridge then two weeks after away at Maidstone. We can go into both games with more confidence”