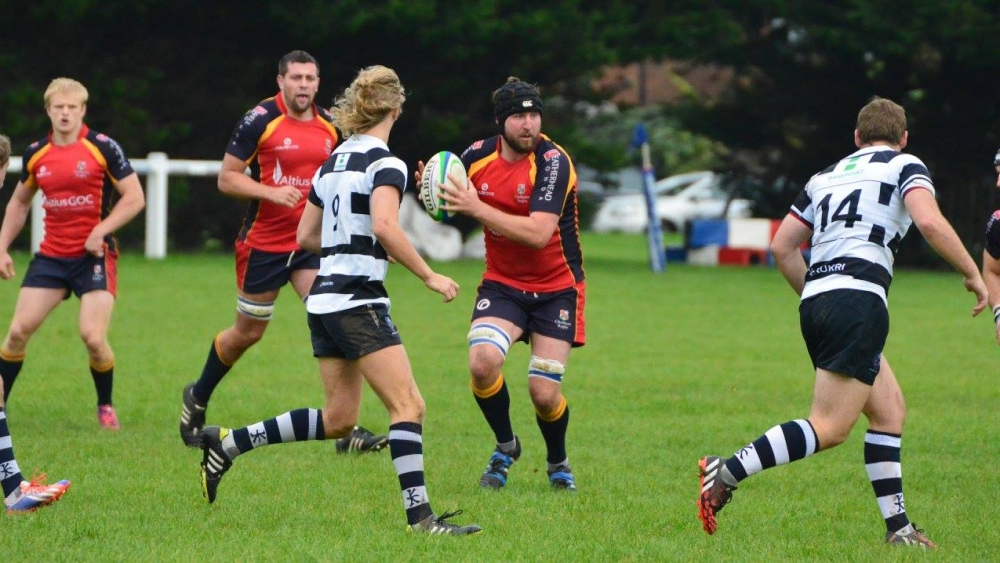 Chobham suffered their first defeat of the season at a rejuvenated South Coast Havant. The defeat being hard to take, but harder is the mounting injury list that Chobham are now acquiring.

With top scorer Devitt already out until November Chobham lost supporters favourite and regular back row star Ollie Smith to a broken wrist after only 10 minutes. At the time Chobham held a 7 point to nil lead following a well worked try in the left hand corner by Liam Monaghan, converted by Alec Thomson, it had all began to look rosy until the injury to Smith. Havant clawed back three points on 16 minutes through Havant skipper and Joel knight whose kick was the first of 17 points he scored in the game.

Chobham struck back immediately with a Thomson penalty, but then a serious of blunders and some bad luck for Chobham led to Havant scoring 14 unanswered in the space of 7 minutes between the 20th and 27th minute. The 1st try from hooker and Havant man of the Match Jerome Trail the second coming from a Chobham attack that had reached the Havant 5 meter line before the ball went loose, Havant kicked threw and it was chased by Knight who went over to score, Knight’s two conversions giving the home side a 17 point to 10 lead with 10 minutes of the half remaining.

With ten to go of the half, Chobham actually looked in control and when Ryan Gregory went over on 35 minutes and Thomson converted; to draw the game level, Chobham looked in complete control. The half time brought came and more bad news for Chobham as hooker Tom Riley’s nose was not how it should be and being slightly dazed he was withdrawn.

The second period was tight but Chobham suffered more injury woe when centre Jayde Cruickshank was forced to leave the field with back spasm, and prop Lee Evans was then uncomfortable with a shoulder problem but he had to carry on all replacements had been used.

Havant took advantage of Chobham’s misfortune and scored a converted try through that man Knight, Chobham’s only answer a penalty by Thomson.

Havant win and Chobham lose 1st spot in the table to Sutton & Epsom, Chobham’s next opponents on Saturday 24th October at Fowlers Wells – kick off is 1pm due to the RWC semi -finals.

The week off will hopefully assist in getting some players healthy as in all no less than 10 players who have played in the opening 5 games are currently injured. One bright piece of news is that the wonderful development of our own players through from Mini and Junior level continues with Ed Riley’s debut in the back row.