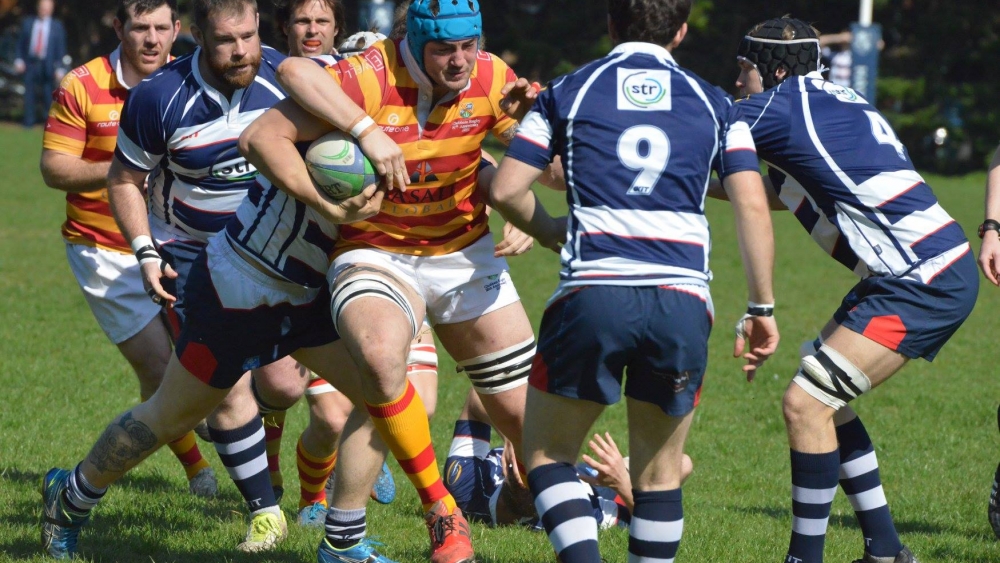 ‘Basalt Global’ sponsored Chobham were hit by injuries and unavailability and the late withdrawal of player coach Ryan Gregory but still showed great character in defeat at 2nd placed Havant.

It all began well when after only three minutes Dom Sammut the Chobham ‘man mountain’ brushed aside several Havant tacklers to set up the break that saw the ball move out wide to Dan Mays to score and give the travelling supporters some joy and gave the home crowd some jitters as they had to win to maintain their playoff chances. Havant struck back on 7 minutes through a penalty and increased their lead on 15 minutes when there star playmaker Joel Knight sauntered through the Chobham back line to score, with the conversion it was Havant 10 Chobham 5. The lead was extended on 21 minutes as some poor defending and missed tackles on the Havant 22 saw them break away to score a converted try (17-5).

Havant a good team, but who rely heavily on their star man Knight and he again was causing problems along with No 8 Gavin Hart who so nearly came to Chobham! A further penalty saw Havant lead 20-5 at half time. It went wrong for Chobham from the opening minute of the 2nd half when having been on the attack and with multiple options, Chobham were turned over and in a blink of an eye went further behind when a kick ahead from the turnover caught Chobham napping and saw Knight score and convert 27-5.

Chobham needed to refocus, and began to show glimpses of old, they managed a well worked score from Alex Thomson after some great work on the Chob 22 saw them gain turnover ball, break with speed through Dan Mays who put a long pass out to Liam Monaghan who passed inside to Thomson who was supporting, with Alex Seers converting – 27-12.

Havant had the last say as Chobham tired after trying to get back into the game – two further tries gave Havant a comfortable 39 point to 12 win – Will this be good enough against league leaders Siducp in two weeks time? Chobham seem to learn, then forget the lesson – at times they show world beating form, at other times they look out of their depth – but with two games to go – staying strong is key and some additional training is planned before they take on Gravesend in the St Georges weekend fixture with players playing for their places for the Cup final on 1st May. Our final league game at Home on 22nd April against Gravesend, the club will be celebrating St Georges Day in Style. The season ends on Monday 1st May (May Bank Holiday) with a great chance to end the clubs 50th Season on a high with the Surrey County Trophy Final – Silverware always helps.