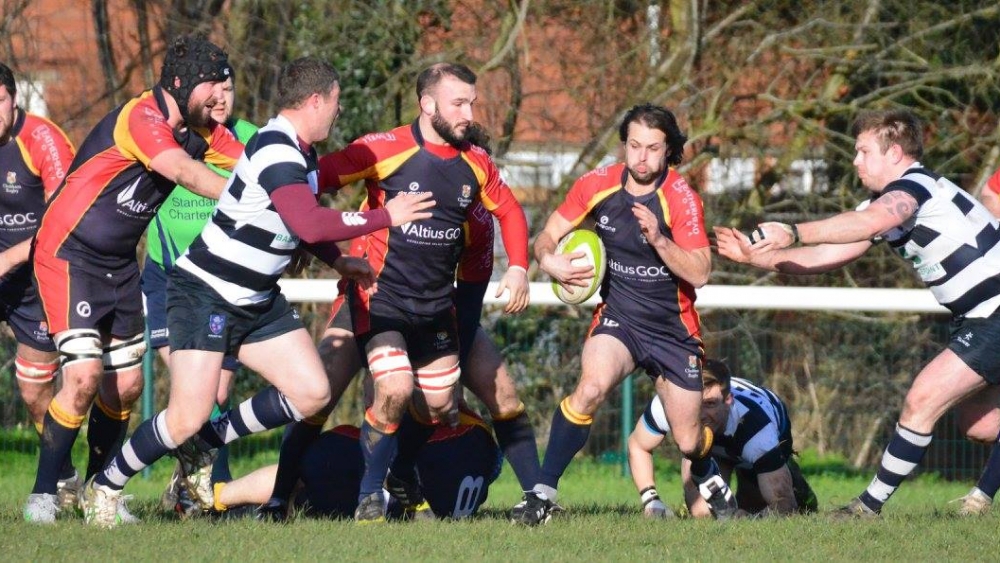 Match Report from David Page, Director of Rugby : Chobham were keen to put the disappointment of the Brighton defeat behind them and also avenge the defeat at the hands of Havant back in October. The players did their job and gained a valuable bonus point win.

Chobham gained control in the 20th Minute when a well worked rolling maul from a line out saw fit again Ryan Gregory rise from a pile of bodies with the ball, the conversion by the returning Alec Thompson saw the home side leading 7-0.

On 30 minutes the Chobham maul worked well once more and it rolled and rolled until the line beckoned and Hooker Ollie Wakefield got the ball down, and Chobham led 12 nil as the conversion went wide. 3 Minutes later the alert Josh Devitt intercepted a Havant move in midfield and sprinted the half -length to score, Thompson again good with the conversion (19-0).

Chobham were good value for the lead and showed some excellent skills that had not always been present in recent weeks. Despite being in the ascendancy Chobham were caught cold when a Havant attack saw then pull a converted try back just on the stroke of the half time whistle. HALF TIME 19-7 The home side began well and within minutes went further ahead through a well worked backs moves that eventually went out to Jayde Cruickshank who went over for the bonus point try. (26-7)

Havant struck back immediately with an interception, much against the run of play but it was now going to be a tough final quarter with the score 26-14. The game evened out and both sides enjoyed periods of possession without threatening too much, but the penalty count rising against Chobham.

On 72 minutes a Chobham scrum on the Havant 22 saw the ball reach the No Ollie Smith, he picked up went in without s much as being touched by the Havant defence, Thompson again adding the extras – 33-16. On 75 minutes Havant struck back and scored to narrow the gap to 33-21 and then again in the 80th minute The visitors had the final word following a period of sustained pressure they turned this into a try, although much doubt remains about whether the ball actually reached anywhere near the try line.

Final Score Chobham 33 Havant 26 and a well worked and justified victory by the men from Fowlers Wells.

Next week we head to Medway in the rearranged game, kick off is 2pm, this is the first of three tough away games, as further away games against Sutton & Epsom and Guildford make this a tough February.