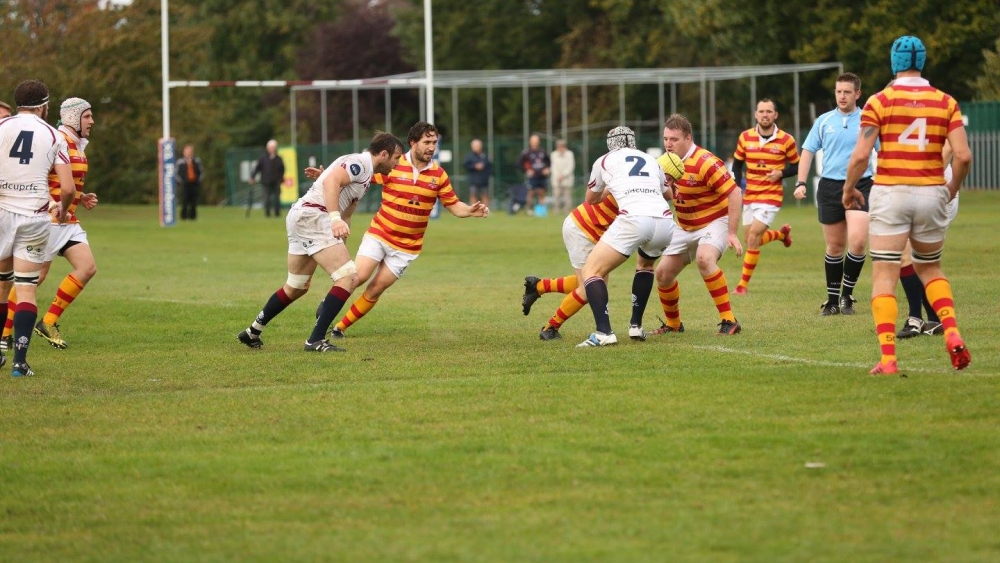 The second road trip in successive weeks proved too much for Chobham as 2nd place Sidcup gave them a 2nd half lesson in how to close out a game.

Chobham dealt the home side an early blow after only 10 minutes as the smart thinking Chobham scrum half Ian Barnes caught the Kent side knapping at a quickly taken penalty he went over the line in the right hand corner, Alex Thomson on his birthday failed with the extra points – Sidcup 0 Chobham 5.

Sidcup a side with much more history that Chobham struck back immediately and showed why they will be one of the favourites to be promoted as almost from the kick off they gained possession and with a few phases their lock Luke Coughlan went over almost unopposed. 5-5.

Chobham were next on the scoreboard from a penalty in midfield Thomson slotted the kick – 5-8. The game then ebbed and flowed, both sides looking sharp, both sides conceding many penalties in what looked like being a tight affair. On 29 minutes the scores were level as from another penalty – Sidcup took the three points – 8-8. With the clock ticking down and the game looking even, a lapse in concentration by the Chobham defence allowed the Sidcup full back James Poland to saunter in past the splaying arms to score under the posts, with the conversion successful Sidcup took a 15 point to 8 half time lead.

The 2nd period was not as one sided as the score showed, Sidcup scored two quick 2nd half tries to take a 29 – 8 lead, a lead they never looked like losing although Chobham fought back bravely and showed glimmers of the Chobham of old in the final quarter as the pace quickened with a few positional changes. Sidcup had the final word with a final try in the 80th minute to run out comfortable winners 36 points to 8. Another lesson learned as the opposition seem to have the measure of Chobham, with two ‘on paper’ easier games to come in the weeks ahead, it will be a chance for the Surrey side to look at a few changes and return of some injured players to see if they can regenerate their 50th Season.

Next game is on Saturday 22nd October when Chobham host Brighton.