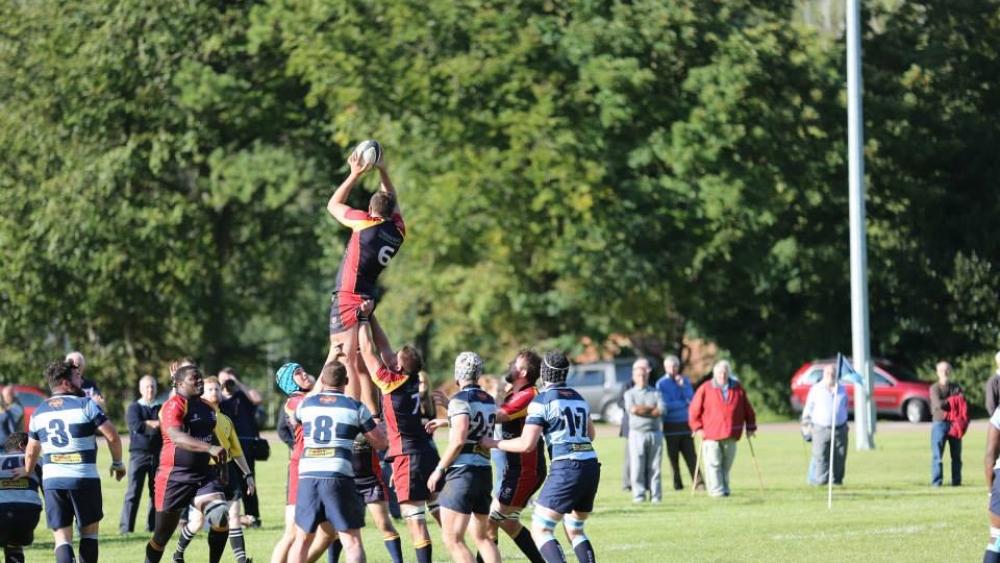 Chobham’s first away trip of the season ended in joy in the Sunshine in Dover. For the second week running Chobham secured a four try bonus point early in the first half and with 43 unanswered first half points Chobham set themselves for victory. Chobham opened the scoring after 9 minutes when Jayde Cruickshank did score his first try for the club, Josh Devitt then scored the first of his hatrick after 15 minutes and followed up on 38 and on the stroke of half time. In between further tries from Liam Monaghan and Ollie Smith highlighted Chobham’s dominance. Alec Thomson added 5 conversions and a penalty. Half time 43-0. For the second week in a row the 2nd half seemed hard work for Chobham and Dover got onto the scoreboard early after the restart with two tries and a conversion. Chobham refused to capitulate and began again to dominate, some good work the pack regained control and with some accurate line kicking by Thomson he put Chobham into the right area’s of the park.
Chobham finished strong and a closing sniping try by Scrum half Ian Barnes converted by Thomson sealed another good day in the office for the current league leaders. Next week Chobham face a stern test against promoted Medway, the game at Home, kicks off at 2pm. With the World cup starting and Chobham putting on a Pacific Island day at the club there will be plenty going on for all ages – everyone is welcome to join in the fun!