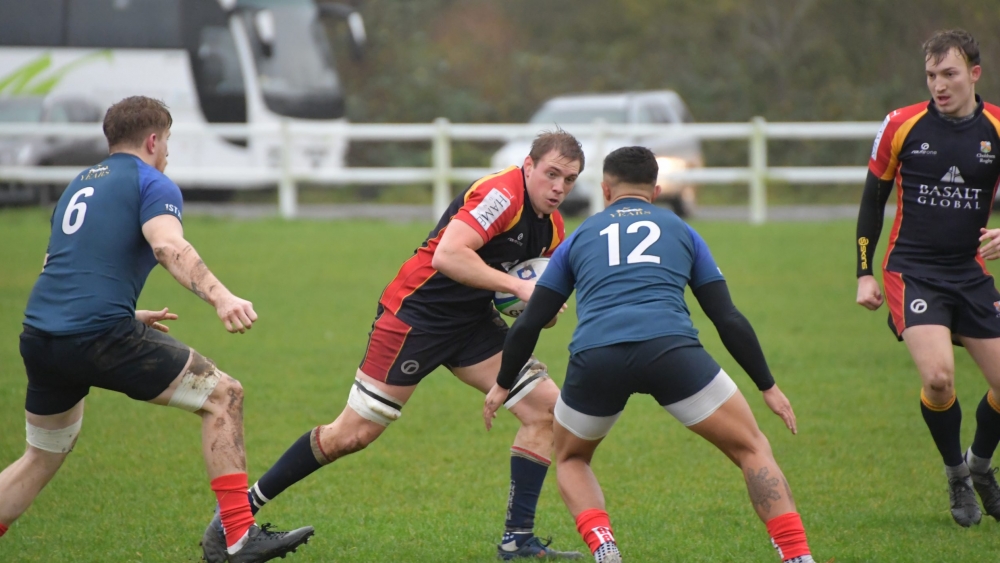 Chobham fall short after a superb performance that saw them push the league leaders close until the very last play.   A dark, wet and blustery day greeted Chobham as they arrived at Brighton Blues to take on the league leaders on their own patch.   Brighton were 10 points clear of 2nd place before the game while Chobham found themselves second from bottom.

The Chobham men made the journey well prepared though however and went with a very clear game plan and for 40 minutes it could not have worked any better.   With real solidity and control brought to both set pieces the Chobham side were not only able to put the hosts under real pressure but also stop the Brighton men from playing any of the rugby that has seen them brush aside all other challenges this season. 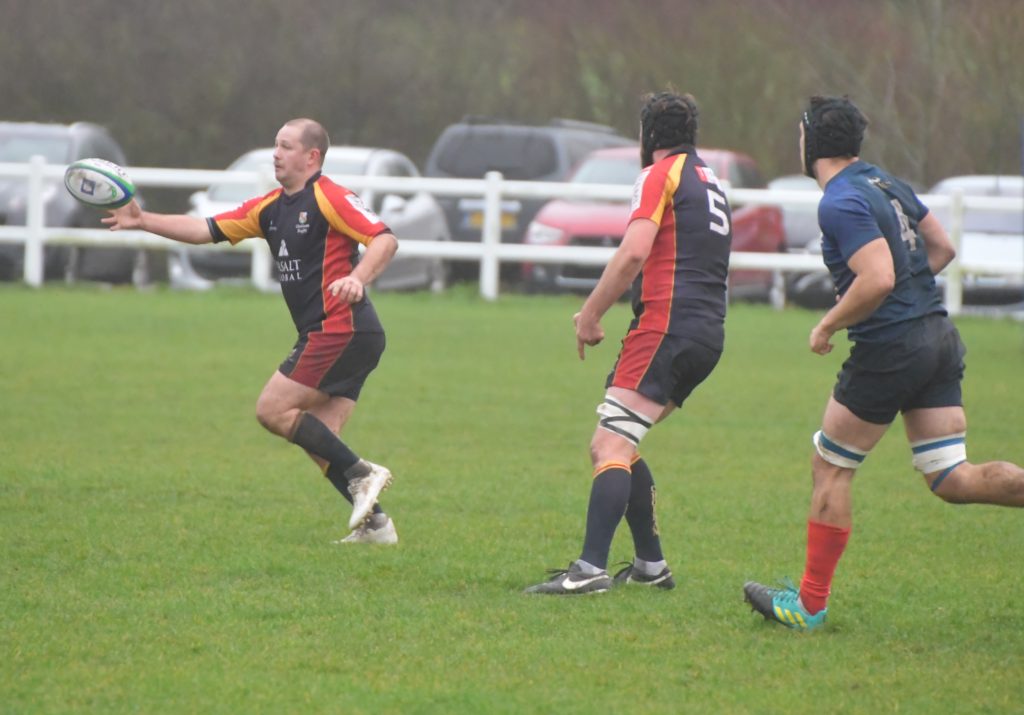 The pressure told twice in the first half with prop Ed Wynne capitalising from a superb team maul from a lineout while giant lock Dom Sammut crashed over after some more concerted pressure.   Both conversions knocked over by returning fly half Josh Clark and the visitors went in with a 0-14 lead. 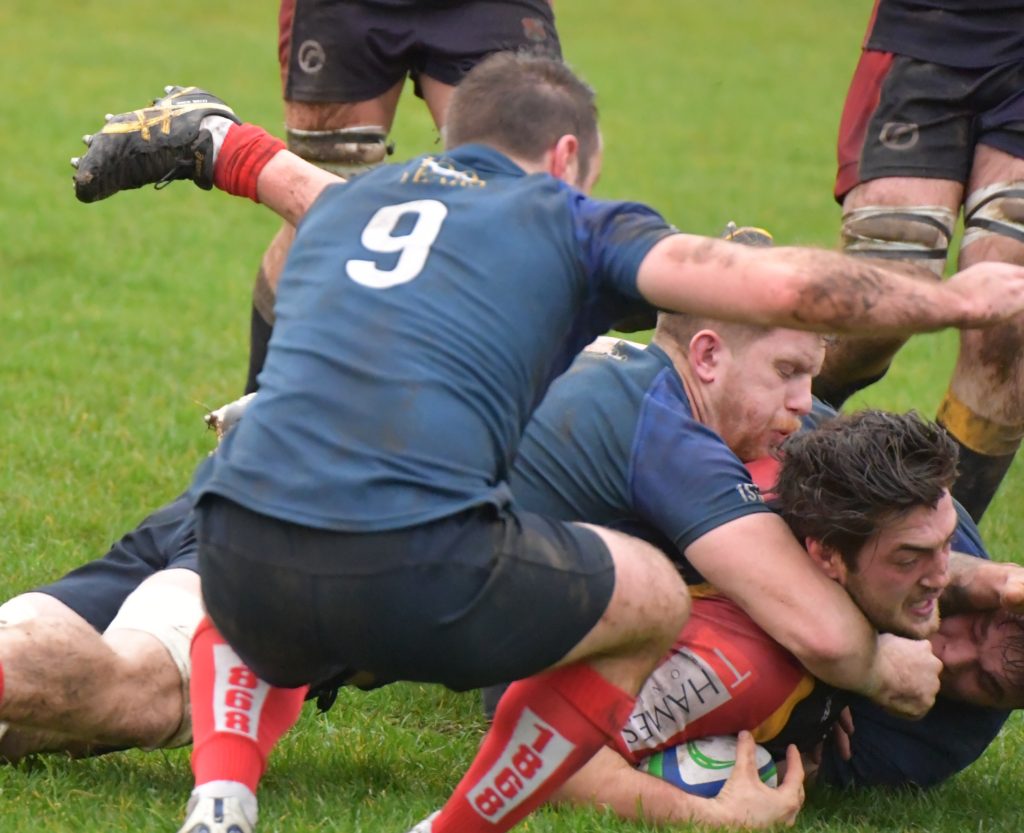 Totally against the form book this half time score had the home squad and fans totally shocked and Chobham knew that they would have the full kitchen sink thrown at them in the second half.   For long periods they were able to continue repelling the home side’s advances but once they finally crossed the Chobham line they really got their tails up.   At 7-14 the Chobham men continued to work tirelessly, and played with patience and control to extend their lead through a Clark penalty to 7-17 but this really spurred on the hosts who quickly gained their second try after an extended period of pressure.

Chobham were then on the end of a very surprising yellow card call against their winger Tommy Reed and with only 14 men on the field their task of holding out the league’s top team became even more difficult.   Despite their huge collective efforts the hosts were able to capitalise on a Chobham mistake after fielding a long clearance kick and score their 3rd try to take a 19-17 lead.   Chobham knew they had enough to win the game but not only was it not meant to be, Brighton were also able to grab a last gasp fourth try to grab their own bonus point AND stop Chobham from getting their own for losing by less than 7 with the final score at 26-17. 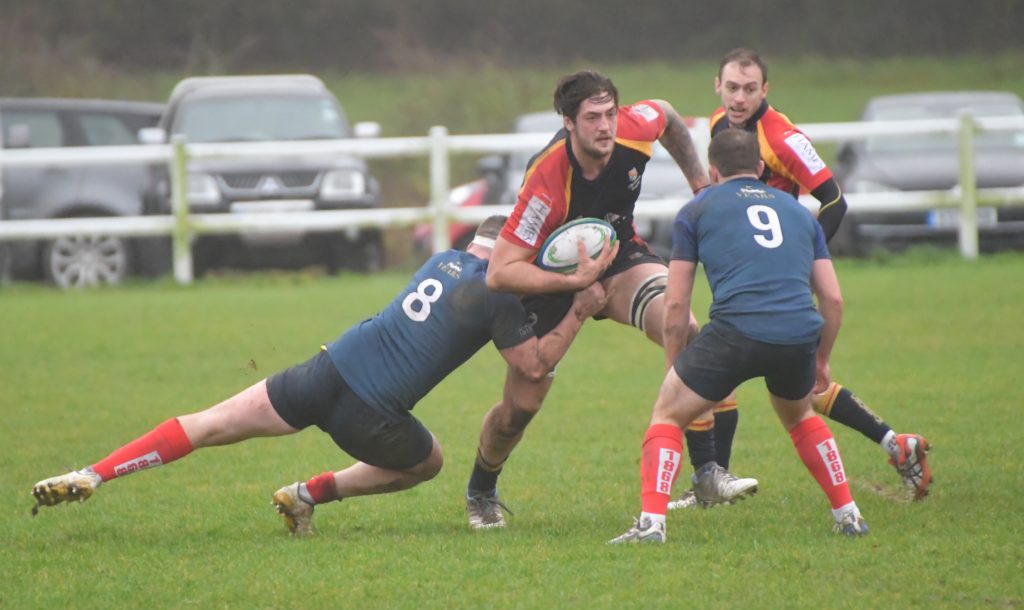 The Chobham side were gutted to lose a game in such fashion particularly after being in such a strong position against all the odds due to their own fantastic performance.   This must now boost the Surrey men’s confidence ahead of their local derby away at Cobham next Saturday.   The Brighton players, management and supporters all heaped praise on the Chobham squad and were truly bemused by their current lowly league placing.   It is now down to Chobham to replicate this performance and build on the positivity from this encounter.

Man of the match went to big Chobham prop Ed Wynne who was magnificent on the set piece and made yards with ball in hand as well as grabbing himself a try! 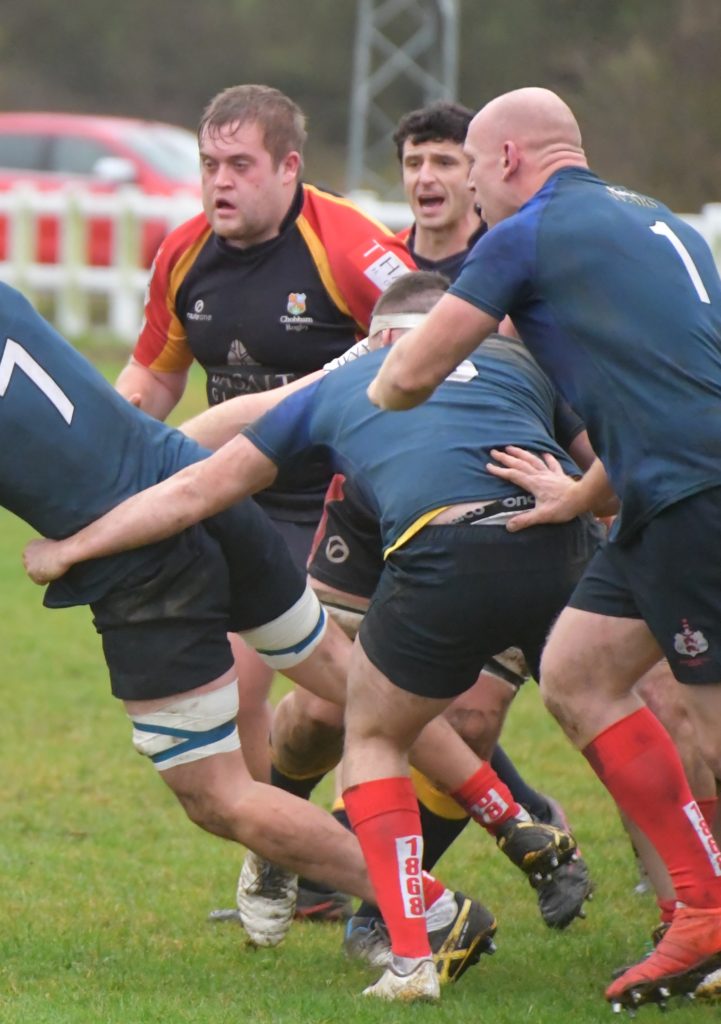