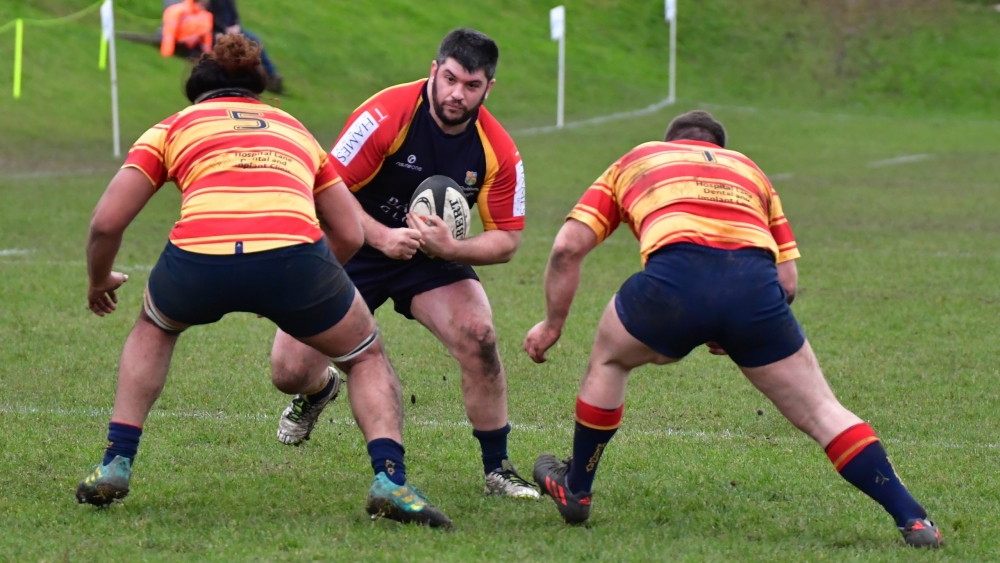 Chobham give good account of themselves as they travelled to high flying Medway for their latest battle in London 1 South.   After last week’s incredibly disappointing result against relegation competition Tottonians the group had the unenviable task of picking themselves up for a trip to Kent to take on Medway who remain very much in the promotion hunt along with 3 other sides. 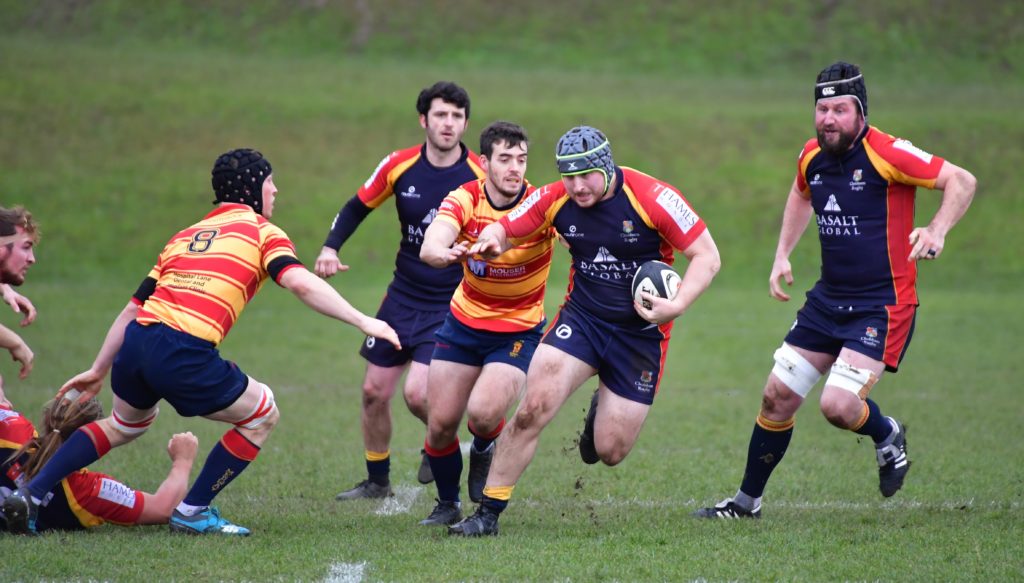 On a cold blustery Saturday the Chobham team had to make another raft of changes to the side from the previous Saturday and this was added to as their starting hooker was forced to move to the bench to only be used in absolute emergency circumstances after pulling up in the warm up.   Unsurprisingly, Medway started the game by throwing the kitchen sink at Chobham and kept possession of the ball relentlessly playing into the wind.   However, for lengthy periods of time Chobham repelled their advances and knocked over their opposition over and over again. 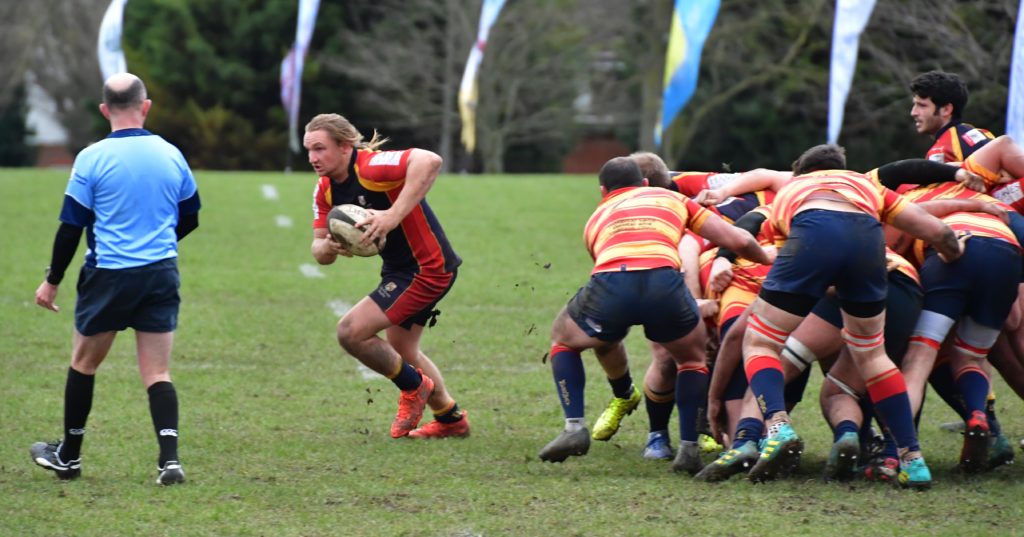 However, the hosts, full of confidence and very much in the habit of winning games were happy to wait for the Chobham errors, invariably, as these occurred they pounced and were able to punish the men with tries from both short and long range.   Chobham were not without chances to score however during the first half but once again their inability to maintain focus and consistency at pivotal moments stopped them from crossing the Medway line.   With a scoreline of 26-0 at the break Chobham quite simply had to throw caution to the wind second half in the search of securing a 4 try bonus point. 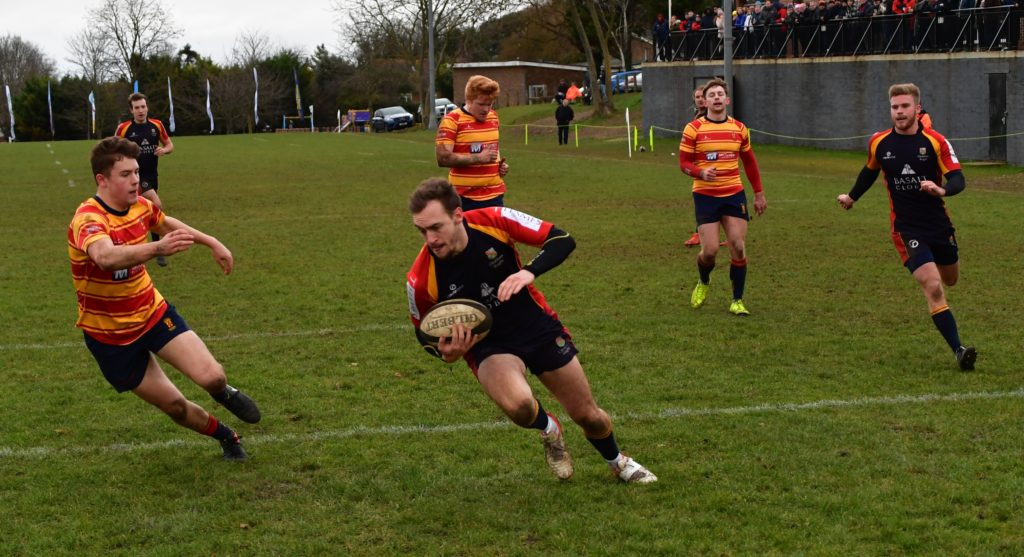 The effort and resilience shown by Chobham during the second period was pleasing to see and they continually put the home side under pressure during the second half but Medway also were able to keep the score board ticking over.   With tries from winger Liam Monaghan after numerous phases of accurate team play and then Oli Guy on his 100th Chobham RFC 1st XV appearance finishing off an equally impressive sequence of play Chobham really displayed their metal which has sadly been missing at far too many instances this season.   As they continued to throw everything they had at their hosts they did sadly let Medway in for 3 more tries of their own with the last coming from the very last play of the game.

Medway looked every part the title contenders on the afternoon but for the second time this season were full of praise for the Chobham side.   They are clearly of the opinion that Chobham have far more quality than their league position suggests.   Despite the improved performance from the Chobham men it is another week that goes by without adding league points and their mission to stay in London 1 South becomes yet more difficult. 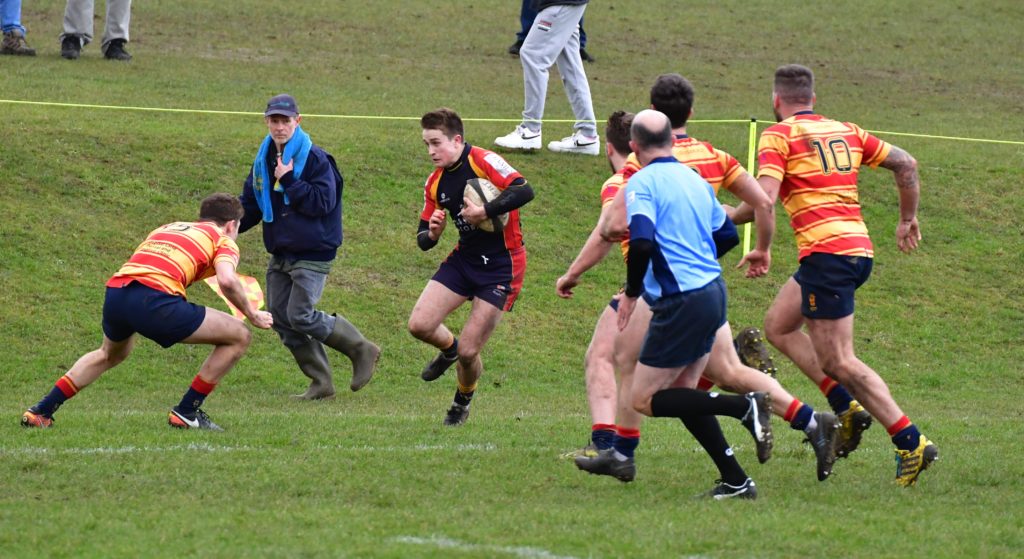 Man of the match for Chobham was awarded to Sammy King who played out of position on the right wing and contributed superbly on both sides of the ball before spending the last 15 minutes or so at his preferred position, scrum half.