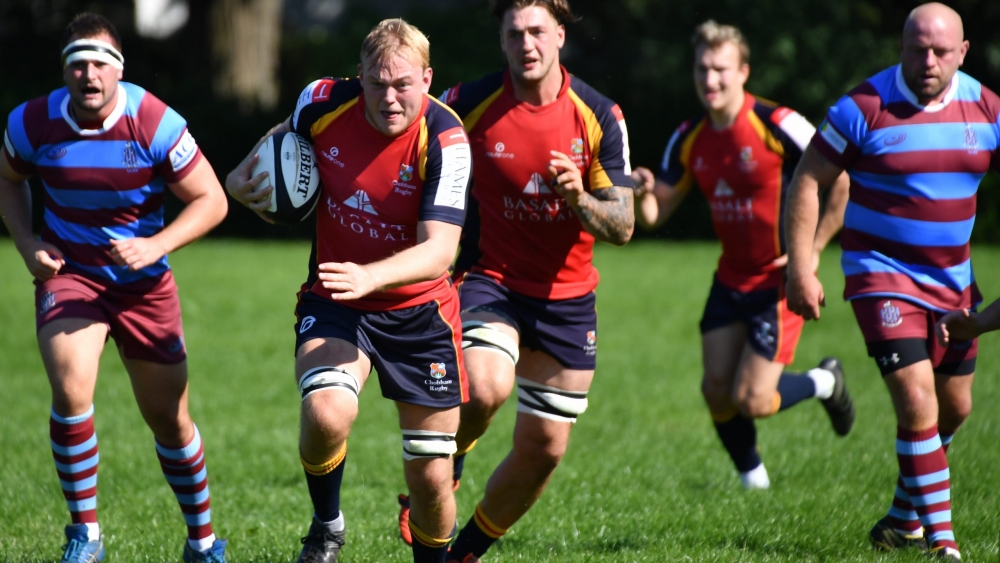 Sunshine greeted Chobham as they made the journey to the south coast to take on league new boys Hove with both the 1st and 2nd XVs.   After a gruelling but incredibly positive preseason for the Surrey men, all were incredibly excited to see progress that has been made put into action on the field. 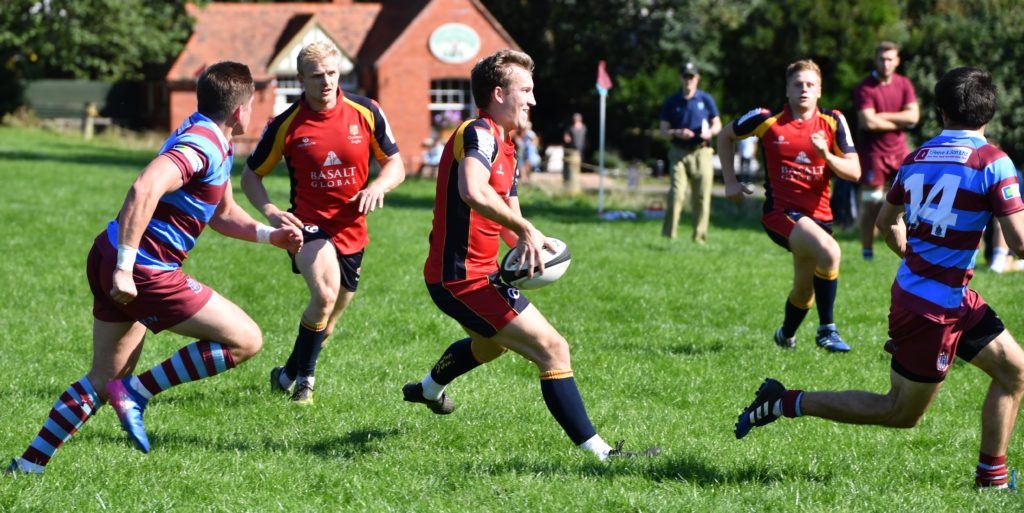 With the Chobham teams including some new faces it was great to start with 2 strong wins, side by side with two big zeros in the ‘against’ column. 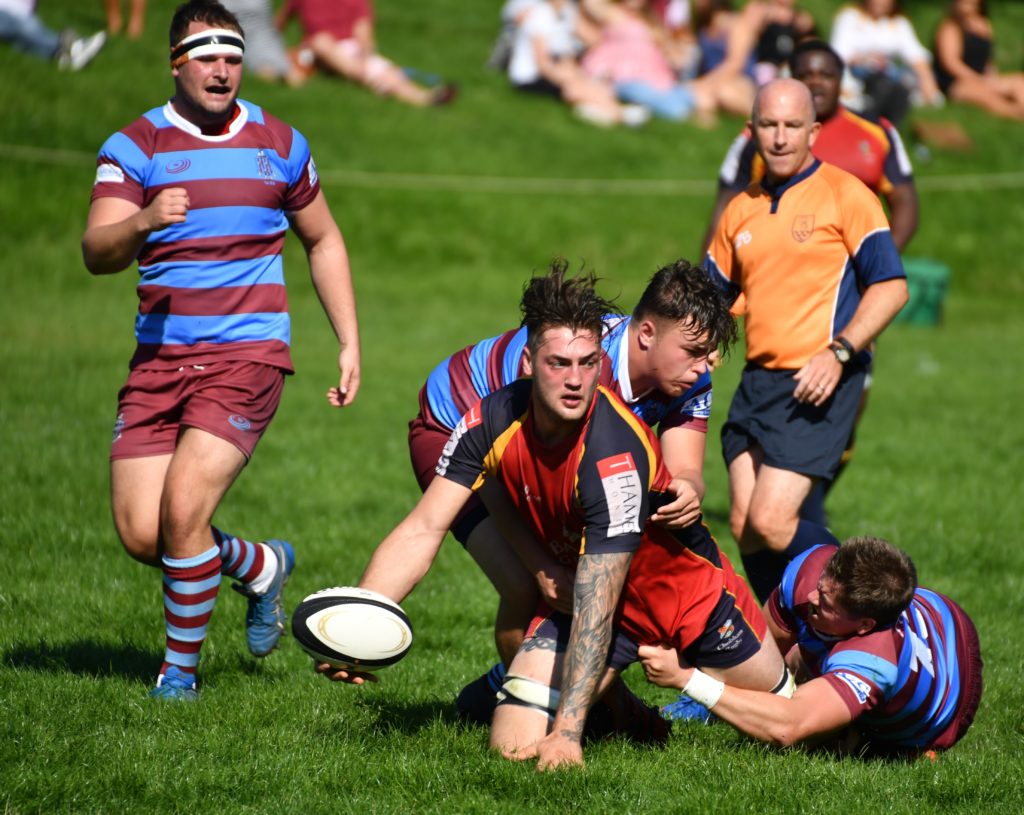 In the first team game it took the visitors longer than they would have hoped to cross the line for a 5 pointer and the score sat at 0-3 to Chobham for quite some time after a long range penalty from new boy fullback, Fin Robjohn.   Finally however in the 31st minute of the game Chobham crossed for their first try of the season through returning scrum half Robbie Kennard after some skilful work from winger Josh Devitt.   Converted by Robjohn, Chobham went in to the half time break at 0-10. 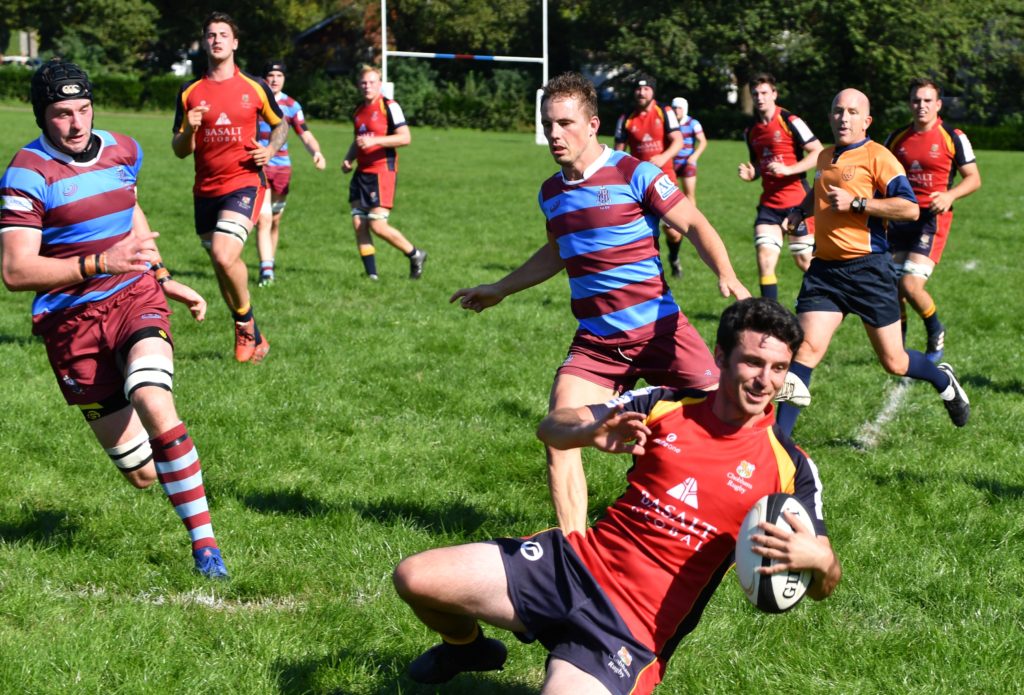 In all honesty Chobham had looked good for their lead but were struggling to get out of 3rd gear and began the second half brightly.   It wasn’t long before Devitt crossed for his first try of the season which was again converted by Robjohn to extend the visitors’ lead to 0-17. 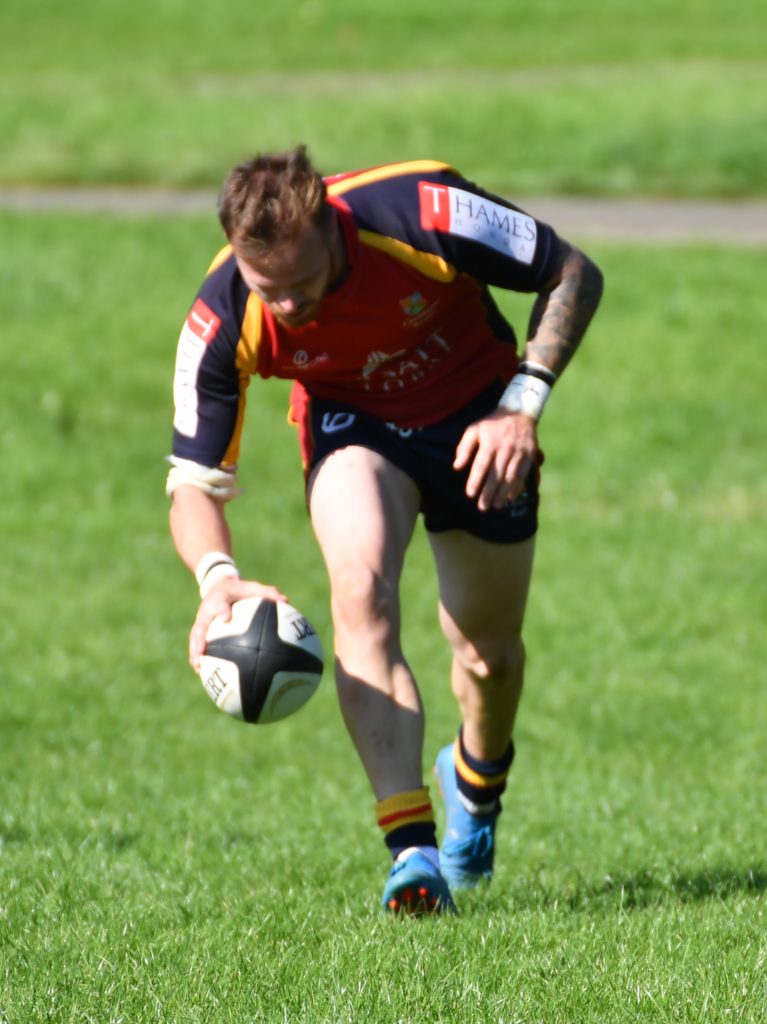 Chobham were now eyeing up that bonus point win but the main focus remained, keeping Hove scoreless for the entire game. 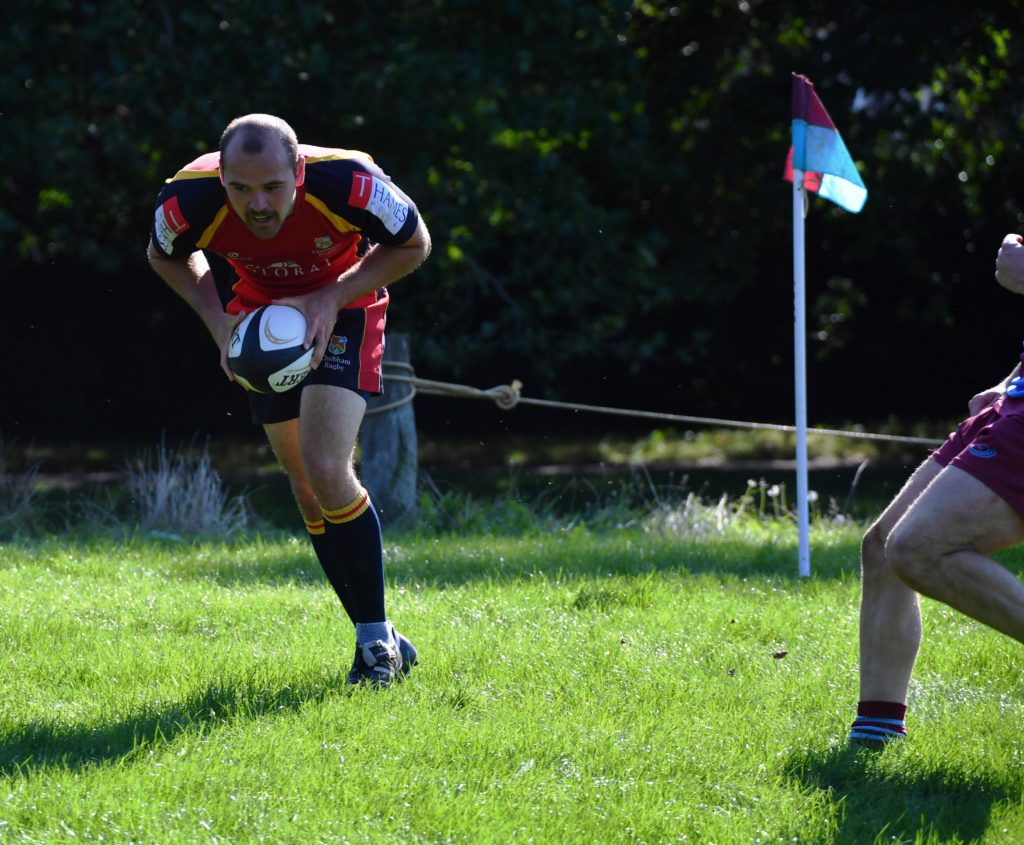 Thankfully, through patience and control the Surrey men achieved both.   The bonus point came from unconverted tries from replacements Callum Edwards with his first touch and Chris Kent wide on the right.   While they never looked like conceding at any stage, the coaching team was thrilled to start the season with all 5 league points on offer but all involved know that there is so much more to come. 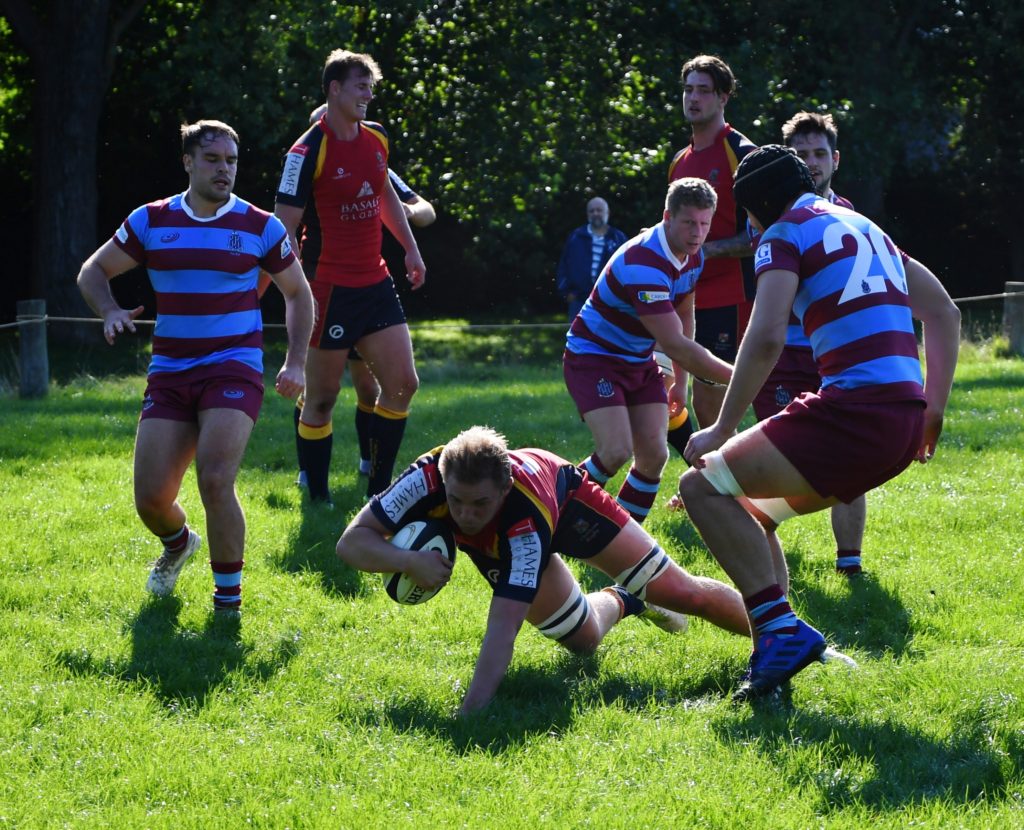 The man of the match on the day was awarded to big second row Dom Sammut who carried powerfully all afternoon and forced the Hove defences to retreat at pace.   He must however have been pushed close by the returning Justin Rowland at openside flanker who was busy and industrious from start to finish. 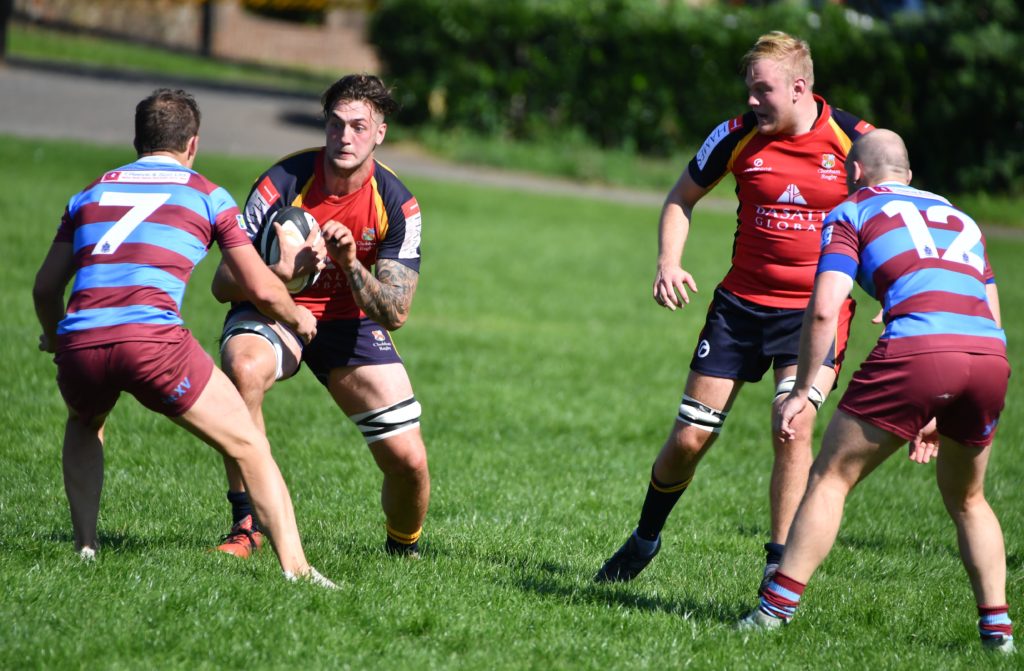 Next Saturday, 8th September sees Chobham welcome local rivals Cobham to Fowlers Wells for a 15:00 kick off in their first home league game of the season in a game that always provides huge entertainment and drama.   All support for the home side is incredibly welcome for what promises to be a fantastic afternoons rugby.