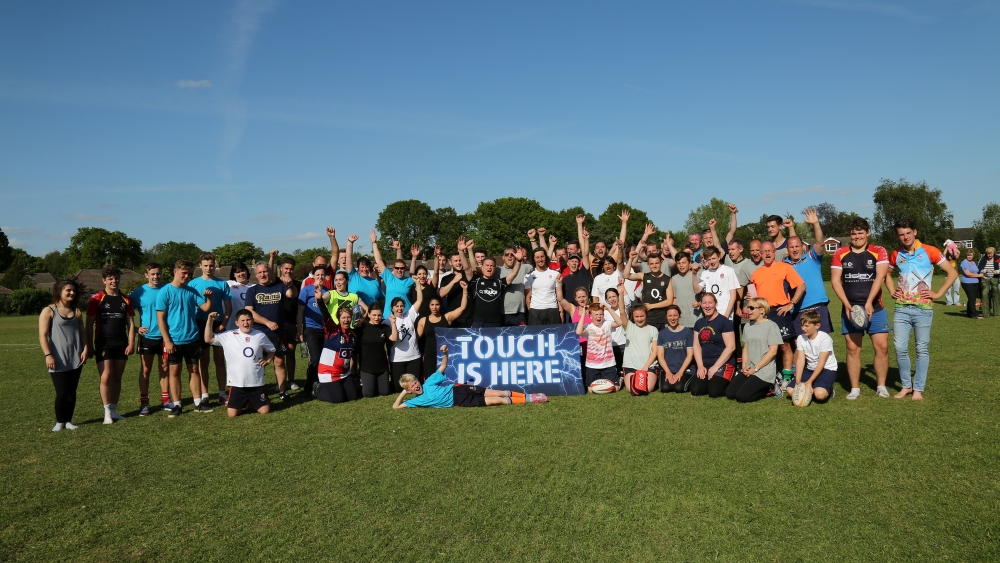 Sunshine and smiles were the order of the day at the Touch Tournament held at Chobham on 16th May. All players were from Chobham Rugby Club. Eight teams made up the tournament and each played in seven 715 minute games. The games were refereed following the O2 touch rules. Touch Rugby.

Steve Cross; Chobham Rugby’s O2 Touch Rugby Co-ordinator said: “Wow I’m amazed by today and so pleased that the ladies realised how good they are and that the juniors could play with 1st team players and that dad’s and mums could be in the same team as their kids and finally that the the refs kept us under control! Let’s not wait to long before we do it again!”