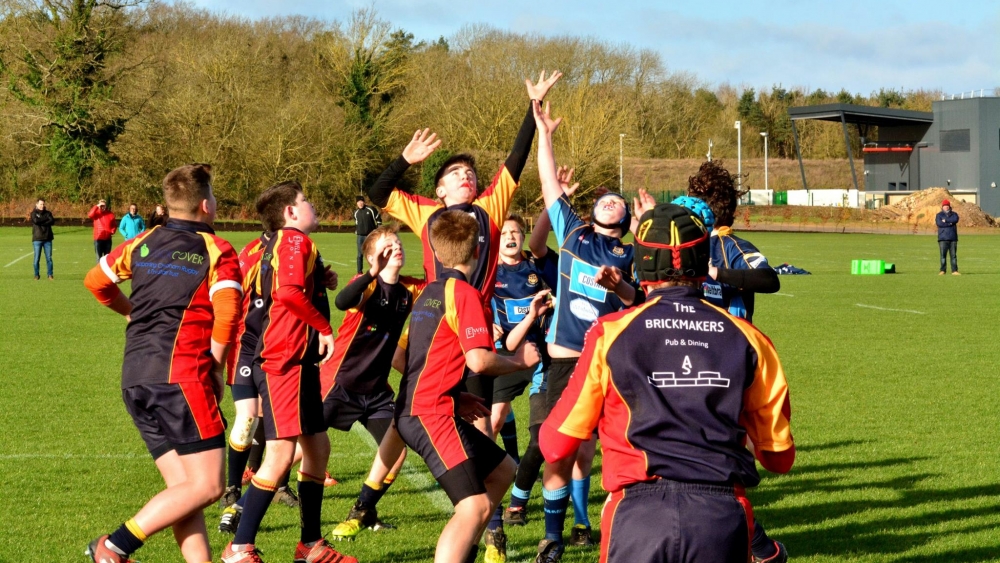 Match Report from Doug Mayger : For their final league fixture of the season Chobham made the short trip to Surrey Sports Park playing on the pitch used by several national squads during the recent World Cup.

Chobham had first use of the strong wind blowing down the pitch and made ground into the Guildford half immediately from the kick-off with Finn making the first carry straight from the kick. After a couple of minutes of play with the teams looking for an opening, Chobham capitalised on some loose passing from the home team backs. Around halfway Gideon hacked on a dropped ball and dribbled like Maradona to the try line before safely grounding for the opening score out wide.

Solid rucking throughout the team meant that Guildford conceded a number of penalties from which Chobham gained good field position and the scrum feed. Reece picked at the base and fed to Gideon to grubber through again, but this time Guildford were able to ground the ball fractionally before Jack came flying across from the far wing to go for the touchdown. So Guildford had a rare 25 yard drop out and managed to force Chobham to concede a line out. Theo poached the ball and made for the line before Guildford again conceded a penalty. A quick tap took play right to the line and Theo was able to finish off in the corner as reward for good line out work.

From the next restart Al took the ball to the defenders, before the Guildford scrum half was slow to get up from a ruck, and had obviously suffered a nasty bang to the head, and play was held up as the first aiders came to his assistance. An ambulance was called and play moved to another pitch, though thankfully it was confirmed later that he had suffered a concussion, but no other injury. Understandably perhaps the game became rather scrappy after a long delay and Guildford suffered a further injury setback to the front row. With no replacement Oli volunteered to swap sides to keep the scrums competitive, with Charlie and Dan taking a turn during the second half.

Chobham continued to have the upper hand and Guildford were forced to kick away possession which Chris happily returned with interest to pin them back again and win a penalty. Another quickly taken tap for the backs to take a turn took play close to the line again and Harry dived over a pile of bodies at a ruck to score the third try of the half, but again out by the touchline giving George little chance with the conversion once more.

Into the second half and Guildford were able to exert some pressure with the advantage of the conditions but solid defence kept chances to a minimum. Chobham continued with the strong running that had worked well in the first half and on a couple of occasions were held up practically on the line with Connor and Finn on the ball.

The scrum was also a strong suit and a nice backs move with Doug cutting a nice line against the drifting defence before offloading to Tommy to go close again, and then Dan being held on the line from a tap penalty. Guildford were on the back foot, with Matt jackalling at the tackle and good control from the Chobham side, but with the help of the wind were able to keep out the attacks for the remainder of the match.

With the final whistle Chobham’s first league campaign was over in victorious fashion and a 15-0 win safely avoided the ‘wooden spoon’. One win from 5 games doesn’t reflect the competitiveness of all the matches and the level of commitment shown by all the boys who have been involved during the season so far.