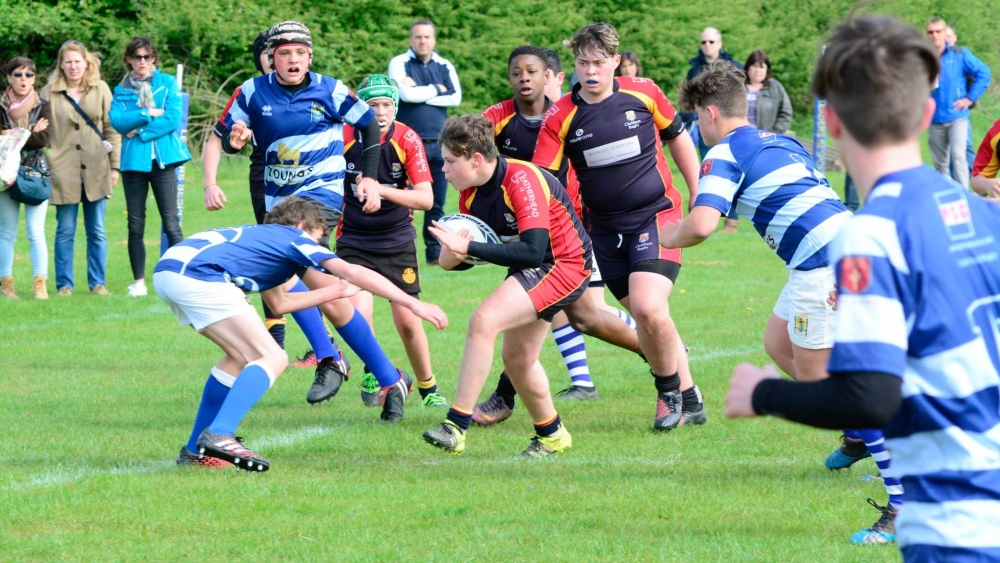 Match Report from Tom Hemsworth : Chobham Bs vs Haslemere As – 23/4/17

Having beaten off Ironsides in the semi-final, it was final day as Chobham gathered at Esher to face Haslemere. Haslemere were visibly larger man for man and soon proved that their big players could be used to good effect as Chobham were put on the defensive right from kick-off. After some penalties and turnovers both ways, Chobham were under pressure near their own line and Haslemere bundled over to score. A successful conversion followed: 7-0. But our heads weren’t put down and we came back to Haslemere with a punch, Andy and Aran among those putting in a great effort in the back line. Haslemere made a break but their player was unaware of Matt W who pounced on him from behind 10 metres out. Tommy made a great steal right by the line and the ball was cleared. Haslemere hadn’t got it as easy as they thought it might be, as Chobham proved that our defence and tackling were not easily broken through, Teo delivering tackles when he was onside. Akin made a tremendous break and for the first time, we had the ball in Haslemere’s half. Although as we surged forward, the ball was knocked on. This called for our bench to come on; Max, Ethan and Lewis made an immediate impact putting in terrific tackles and Joe and Billy fought with their opposite numbers. Sammo and Danny, a half back combination that had worked all season was, as ever, brilliant. Haslemere had a lot of ball straight after half time and soon had made another break down the wing. Akin made a superb tackle pushing the player into touch 5 metres out and the ball was turned over by the hands of Ben and Harvey. The back row was great when they received the ball off the lineout many times – Harrison taking the ball in with Teo and Hugh rucking over. Despite a great performance all match, Haslemere scored under the posts and again straight from the kick-off: they were now 21-0 up. Chobham needed a try now and soon we were right by Haslemere’s line. Haslemere had the put in at the scrum but Chobham turned it over. Some swift hands in the backs send Tommy stretching over the line for a try that Danny converted, much to the delight of those on the touchline. Chobham were almost back in it. Haslemere were starting to tire and gave penalties away. Dan’s kicking to touch was solid as ever. Haslemere made another break and this time it was Lewis’ turn to prevent them from scoring as he tackled the man 5 metres out. Soon, Chobham had run out of time and the final whistle blew. Although Chobham had lost the match, we had won the defensive battle, and proved that size isn’t everything. A great end to the best season Chobham Bs have had ever.