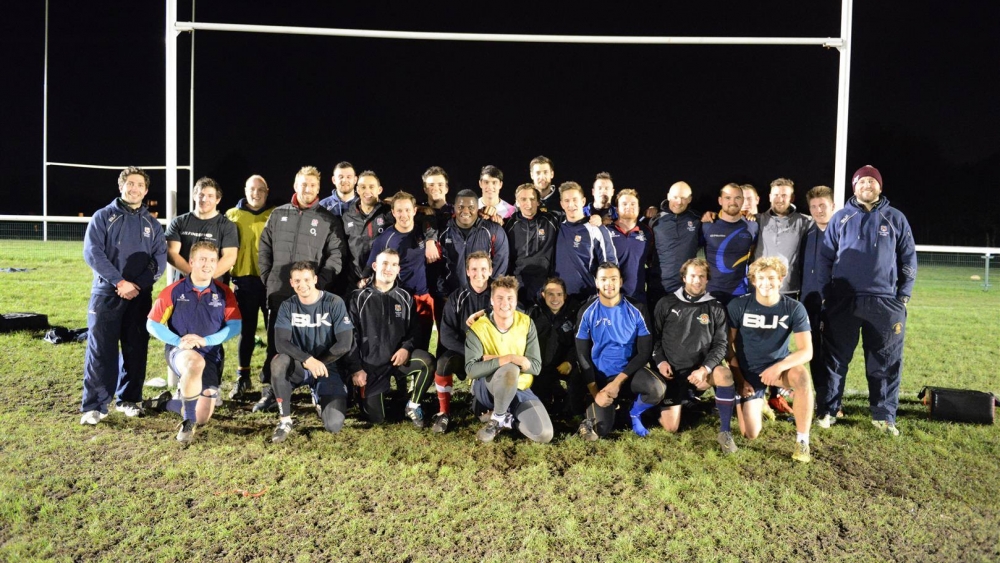 The Chobham 1st XV were offered a fantastic opportunity this week to be coached by Neil Parsley, England strength and conditioning coach with a very special guest in the shape of England captain Chris Robshaw.

Arranged by Lucozade and thanks to Chobham member Cadell Rowe, the Chobham lads were put through their paces by Neil for a full hour and a half with a similar session to those that the England squad are faced with at Pennyhill Park when in camp.
The England men were visibly impressed by both the skill level and the fitness of the Chobham players and everyone involved clearly enjoyed every moment of the experience.

Chobham Head Coach Ryan Gregory said, “ It was fantastic to work with two men at the very top of their fields and the presence of both Chris and Neil has definitely helped to build the buzz and energy that already existed within this very tight knit group of players ahead of the second half of the season. Everyone at Chobham RFC would like to offer a hugely sincere thank you to both Chris and Neil individually, as well as to Lucozade for the experience.”