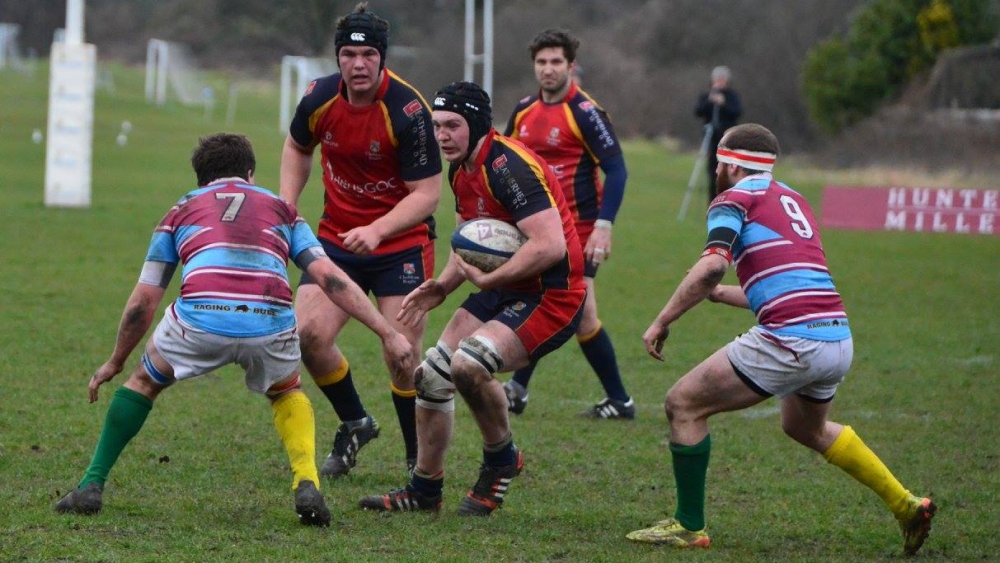 Chobham once again ended second best in this riverside fixture at Chiswick. The home side showed more desire and more skilful play and in the end that will always win the day. Chiswick went in front after only 5 minutes and immediately Chobham were on the back foot. They responded well to the pressure and began to play some quality rugby even if at times it was basic, they were rewarded on 17 minutes when a breakaway by Liam Monaghan was well supported by full back Alec Thomson who went over and round off under the sticks, this made his conversion easy and Chobham led 7-5. A needless penalty minutes after taking the lead put the home side back in front and they extended this 5 minutes before half time when a scrum on the Chobham line looked held and when it did cross the try line, Chobham lively scrum half Ian Barnes looked to have touched down to stop any scoring opportunity, the referee did not agree and called him off side and awarded a penalty try – Chiswick regained the lead 15-7.

With a minute to go to the break, Chobham once again were naïve and gave away a needless penalty which Chiswick’s Hallett converted with ease. Halftime – 18-7 Chiswick came of the break all guns blazing and extended their lead after 5o minutes with another penalty, Chobham struck back 5 minutes later when Joe Mcvey was driven over by a trademark Chobham rolling maul.

Just when it was possible to Chobham to get back in the game, the home side upped their game at the same time as Chobham looked to be feeling defeat in their bones. Chiswick extended their lead on 65 and 70 minutes with tries number 3 and 4 and this put Chobham well out of the game. Sam King the Chobham replacement scrum half gained a consolation try on 80 minutes and with the conversion the score looked more respectable than maybe it should have with Chiswick winning 31 points to 19.

Chobham stayed in the game through the valiant efforts of Ollie Smith and Ian Barnes who gave their usual 110%, other players who maybe feeling and suffering from a difficult season seem to operate only at 80% which at this level is no good nor acceptable.