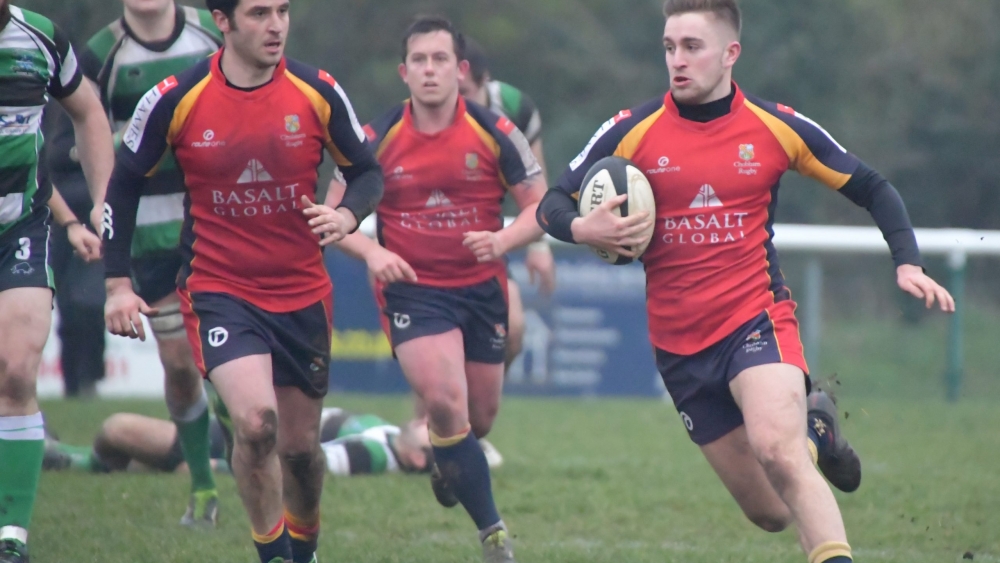 The pressure mounts on Chobham as they fail to win again as they welcome their nearest competition in the league table to Fowlers Wells.

Chobham currently find themselves fighting for their survival in London 1 South and they were full of confidence as they hosted Tottonians after an incredibly positive and sharp weeks training under their belt. 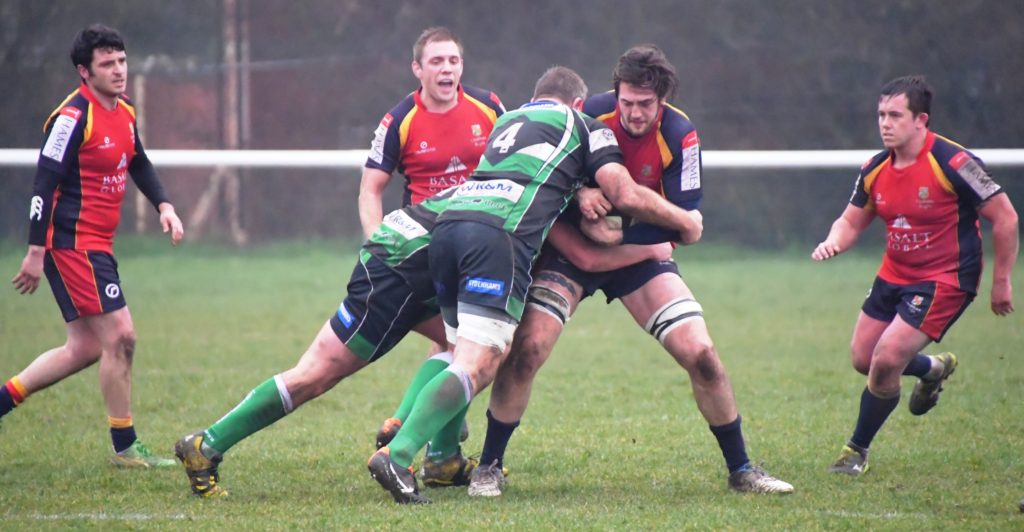 A cold but relatively still afternoon greeted both sides and Chobham were the first to score with 3 points from the boot of fly half Josh Clarke.   However, soon after, the visiting inside centre was able to take advantage of a defensive lapse to set up Totts for the first seven pointer of the game.   A tentative Chobham were able to add another 3 points by Clark before properly getting going but it took a piece of individual brilliance from scrum half and captain Robbie Kennard which saw him dart through from a ruck to finish superbly under the posts.   Converted by Clark and Chobham went in to the interval holding a 13-7 lead. 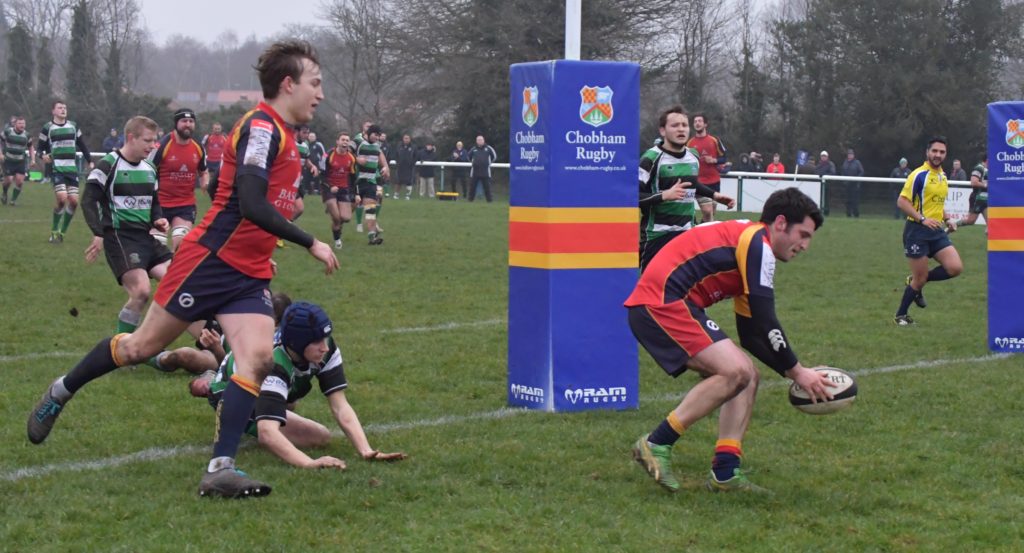 A buoyant Chobham came out for the second half but sadly it was all Tottonians for the opening exchanges.   Soon after the visitors scored an incredibly fortuitous looking score which seemed to have be fairly clearly knocked on after an equally dubious call at the break down but Tottonians were riding their luck and were also able to add a further 5 pointer. 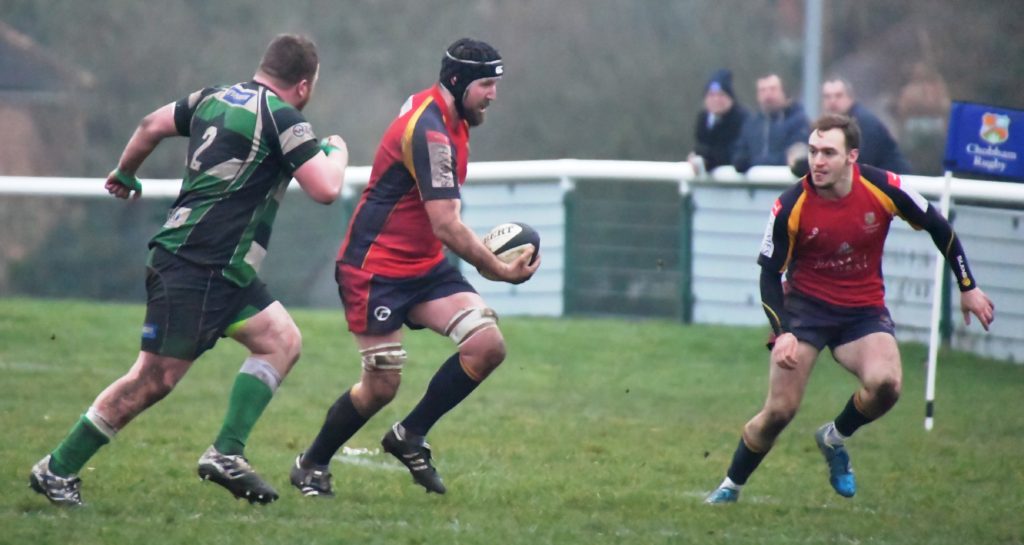 Only one of the kicks at goal was successful but the Hampshire men had managed to turn a 13-7 deficit into a 13-19 lead all too quickly.   However, Chobham knew they were still very much in the game and that one converted try would regain them their lead.   However, having worked hard for fantastic field position, their set piece let them down on the opposition 5 metre line as has happened far too often this season.   This was followed by a series of penalties that allowed Totts to march their way up the field and in the blink of an eye Chobham were defending with all but the kitchen sink.   Up stepped the Totts replacement fly half to chance his arm with a drop goal which wobbled its way over for a further 3 points.   Totts now held a 9 point lead.

The rest of the game was all Chobham and they were soon back at the other end of the pitch, battering down the Tott’s defences and it wasn’t long before centre Jayde Cruikshank crossed out wide after some excellent inter play, converted by Clark and the scores were now 20-22. 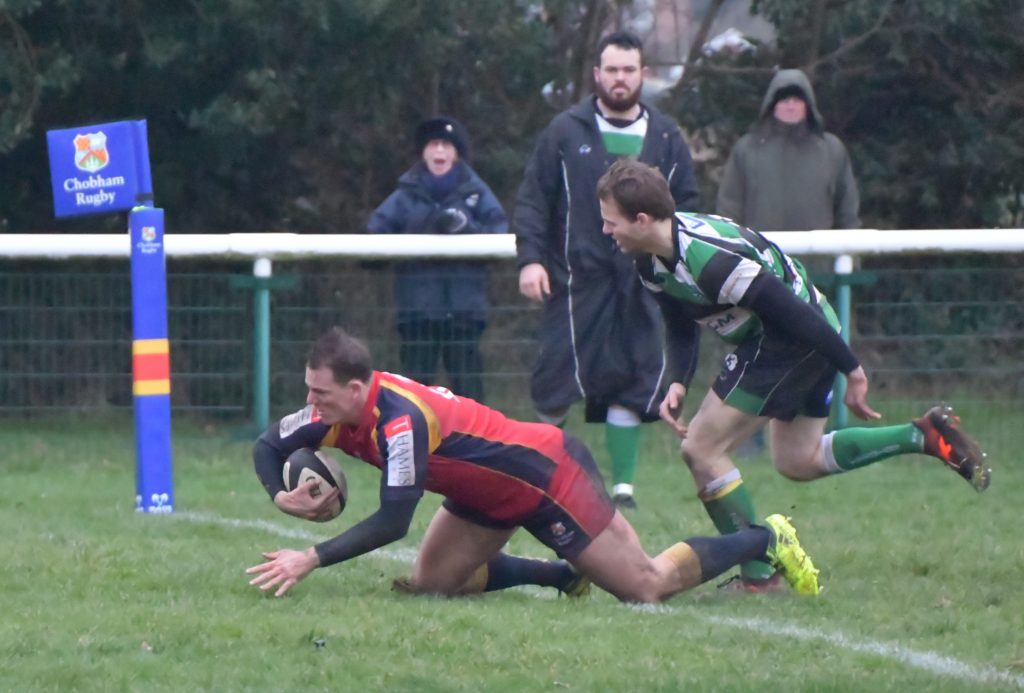 Once again, Chobham kept the ball well and pressurised their visitors but were now considerably further from their line.   As Totts worked hard to keep Chobham at that distance they gave away a penalty dead on the half way line and after discussion with skipper Kennard, Cruikshank stepped up to mark in the hope of securing 3 last points from his right foot.   Sadly for the home side he wasn’t quite able to do so and Totts held on by the skin of their teeth.

Chobham’s uphill battle now becomes even tougher as they enter in to an incredibly tough series of games against many of the leagues current top sides, but they have set themselves clear targets throughout this period.

Man of the match was awarded to returning number 8 Ben Whale. 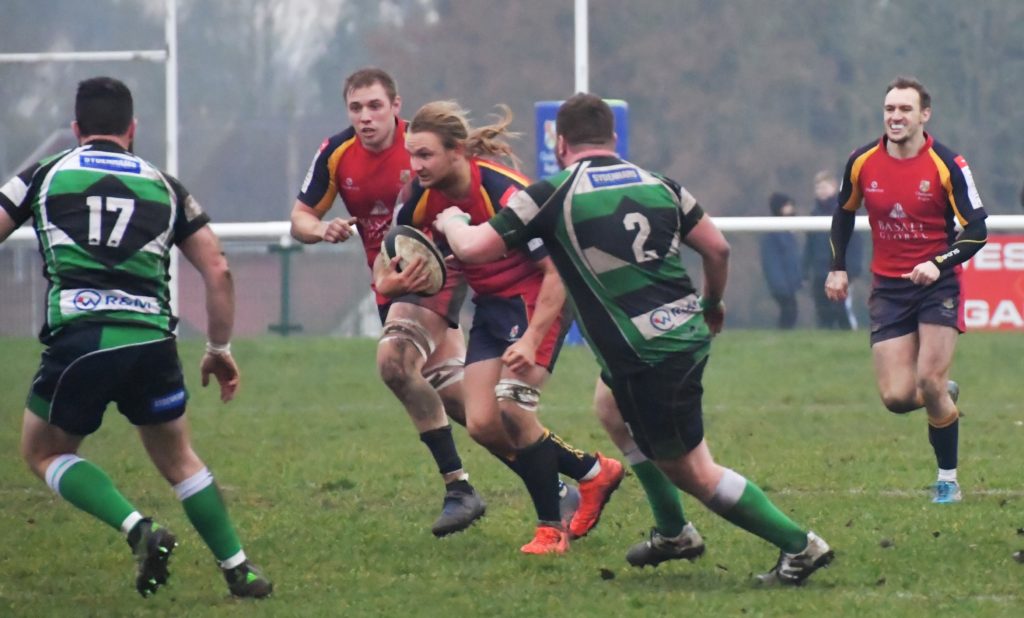 A special and huge thank you must go out to the many minis and juniors from Chobham who came out along with their parents and showed their unbelievable support in the bitter cold for the club’s first team in their hunt for survival.   The noise they made was something to behold and the players hugely appreciated it.