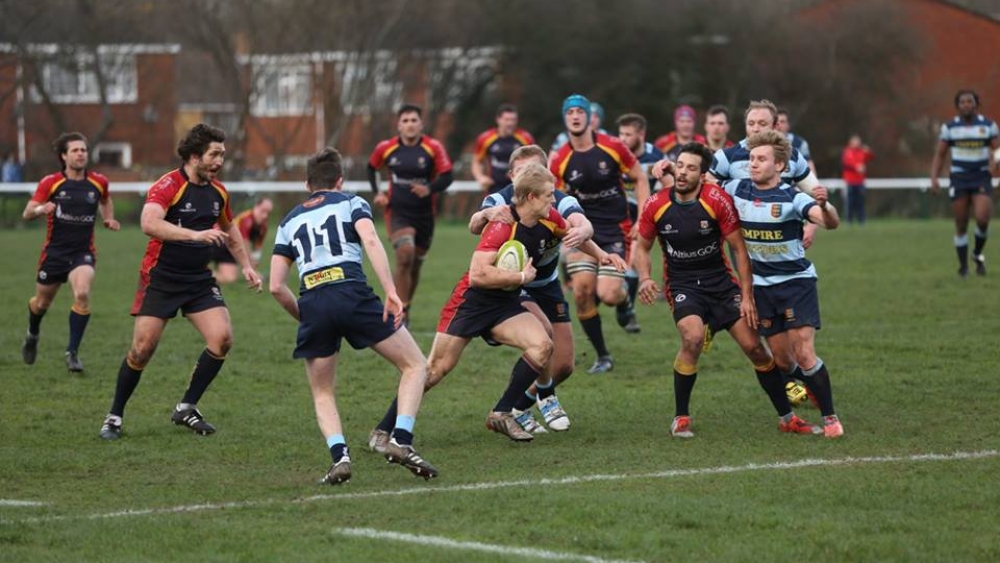 They say a week is a long time in politics, well it is in Rugby as well! Chobham needed to bounce back from the embarrassment of the heavy defeat the week before and they did in style.

Dover a dogged outfit from Kent did defy their league position and were certainly there to play their part; and they did, but it was Chobham whom once again took on the Mighty Tag. Chobham fell behind to a converted try after only 9 minutes and the thoughts went immediately to the week before but their fears were allayed when 10 minutes later Hooker Ollie Wakefield scored the first of his brace, the conversion scored by Lawrence Elliot playing at full back as Chobham once again had to readjust the side due to injuries (7-7).

Elliot put Chobham ahead on 34 minutes as the continued pressure began to tell on the Dover side (10-7). The Surrey side went further ahead on 39 minutes when Man of the Match Dom Sammut scored the first of his brace, Elliot converted and Chobham took a 15 point to 7 lead into half time. At the start of the 2nd half, Chobham made a change at fly half and back from University Alex Seers stepped in and the Chobham spirit and performance was lifted. The side also enjoyed the reappearances of youngsters Justin Rowland and Jerry Rumbold.

Chobham then took command and were never in any doubt that they would win, they were then the far better side and if they had performed with the same gusto last week it would have all been so different.

Chobham were now enjoying life and when they had to defend some good breaks by Dover they managed to turn ball over and so ease any pressure. On 62 minutes Wakefield scored his brace, Seers converting (34-7).A brief blip followed as they allowed Dover to score, Dover really do belie their league position.

Chobham had the final word when Rowlands got his name on the score sheet following some good interchange between the forwards, Seers converting and Chobham running out ready winners 41 points to 14.

It certainly looks brighter for Chobham who can go into 2016 still in touching distance of the promotion spot and with many of the dozen players currently injured due to return to the fold in early January the picture is looking rosy.