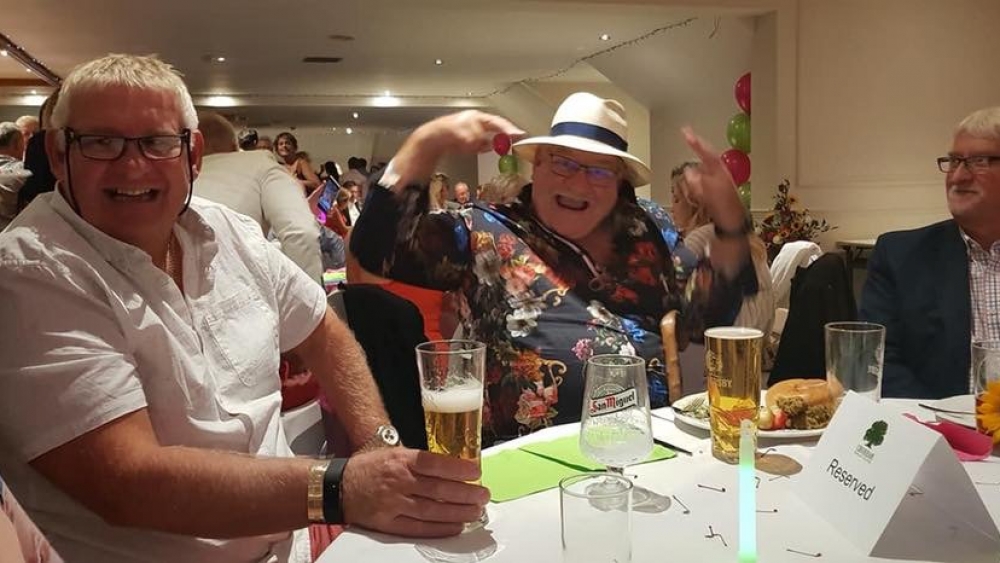 Chobham Rugby lost one of their true Legends on Saturday 13th October 2018, Shaun passed away peacefully in Woking.

Our thoughts at this time are with his daughter Rebecca, sister Debs, brothers Kevin, Gary and Gez, his nieces and nephews, Jackie and her two boys. As many of Shauns friends will know this has been a very difficult year for the family, losing both parents in the space of 5 months and now Shaun, such a shock for all.

As an 18 year old Shaun was dragged to Chobham by his teacher in the early 70s, playing at Martyr’s Lane, in the infamous White-Cutler-Matthew front row. In the early 80s Shaun defected to local opposition “University Vandals” under the auspice of improving his trade!!!!!

Shaun played 6 seasons for Vandals when he felt the pull of the Mighty Chobham family, compelling him to return to his beloved Chobham RFC in the 90s and carried on playing first team rugby into his 50s.

The family have received many messages of condolence and fond memories from past players, opposition players , friends and colleagues who were saddened with his passing, the messages really show how “The Viking” touched the hearts of many players and members at Chobham. He coached and motivated many front row players.

During his time as a doorman he would often suggest to those teenagers displaying ” a feisty nature” that rugby was a good way for them to channel their aggression, seeing many teenagers taking this friendly advice and joining the “Mighty Chobham”.

Paul Ash, owner of Altius, current club sponsor has known Shaun since their children were born and they were ante natal NCT Dads together. Shaun would often babysit and in such doing encouraged youngsters to join the club.

Shaun also encouraged his baby brother Gary to take up the sport and both enjoyed many a season in the front row, some would say Gary was the better prop, but Shaun undoubtedly was the “bigger” bro!!! It was a family affair with sister Debs joining the Chobham family running the minis and often found on both sides of the bar just like her older brother. 🙂

From stories of Shaun the babysitter, Shaun the mentor, Shaun the naked arm wrestler, Shaun the coach, Shaun is the reason I started playing rugby, Shaun the arm to cry on to Shaun the doer – there was a Shaun for everyone!

Shaun played 3 decades of rugby at Chobham. He was a larger than life guy in many ways, he will be sorely missed.

The Matthew family would very much like to invite all who knew Shaun to share in paying their respects at the funeral and after at Chobham Rugby Club, where will celebrate a life lost but full of adventure and love.

The dress code – please wear something that reminds you of Shaun, for example loud floral or rugby shirts.