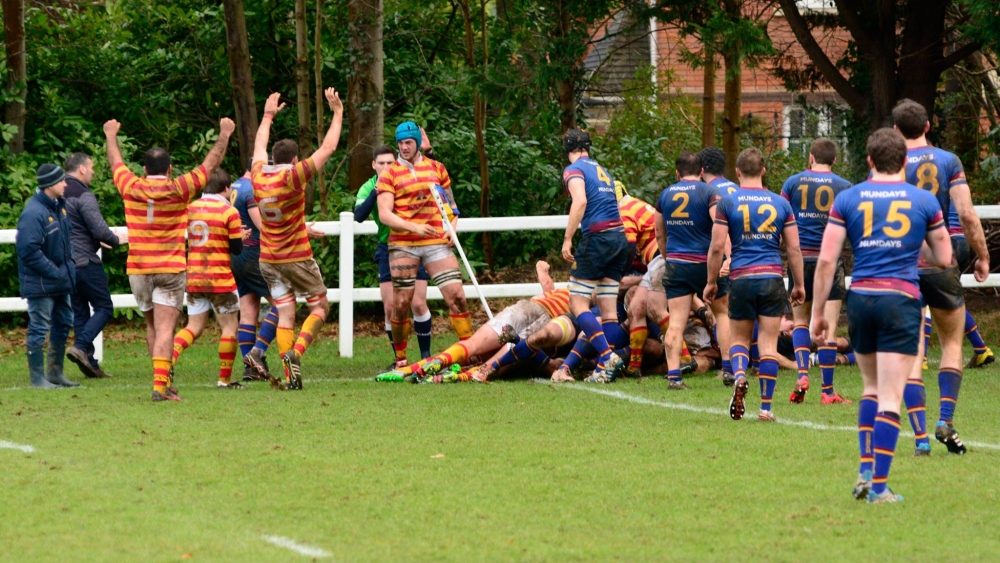 ‘Basalt Global’ sponsored Chobham travelled to local rivals Cobham for this London 1 South Clash full of hope following last week’s victory over CS Rugby, however from the first scrum the pack was under the pump and some poor lineouts set the scene. The first quarter was a tight affair although the Cobham scrum was operating more powerfully than Chob’s and this was too be the biggest challenge.

On 17 minutes the home side took the lead following taking a scrum from an awarded penalty, minutes later they were 14 nil up after some poor defence from Chobham, something they have prided themselves with in recent weeks. Chobham pulled a score back on 25 minutes after an excellent touch kick from Alex Seers and from the lineout and subsequent driving maul, former Cobham player Joe McVey went over 14-5.

On 32 minutes some further defensive frailties were exposed and Cobham went over for their 3rd try., on the stroke of half time they secured the bonus point and led 26-5 at the break. The 2nd half saw a wounded Chobham play much better and an exchange of scores put the match at 33-17 after 65 minutes and very much in the hunt, tries from Ollie smith and Liam Monaghan narrowing the gap. As Chobham pushed forward they became exposed and Cobham took advantage and scored further tries taking their tally to 7 tries as Chobham desperately looked for their 4th in order to take something from the game, alas this was not to be and they must now regroup and focus to take on Dover next week.