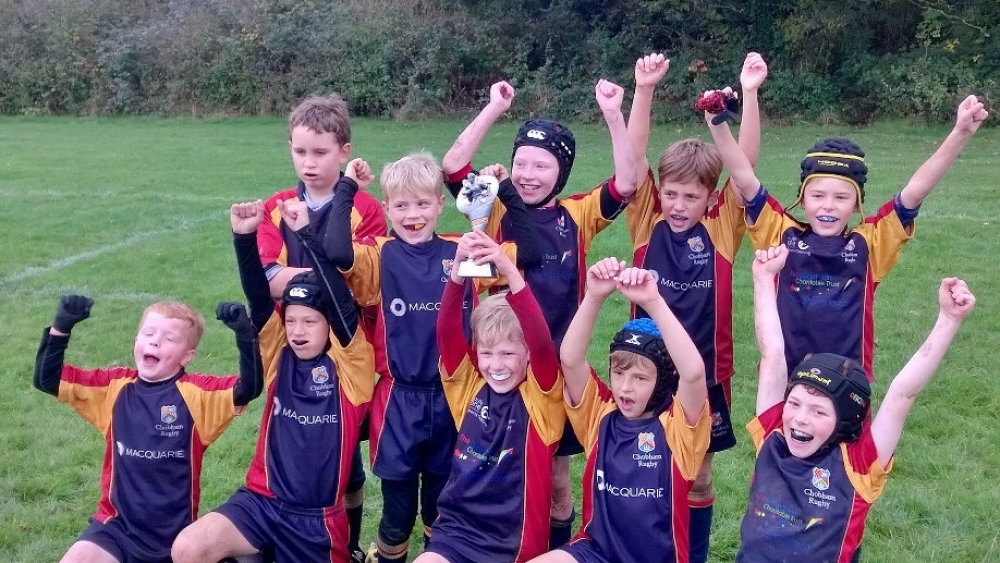 The Under 9’s squad overcame torrential rains and stiff opposition from Dorking (2-1), Wimbledon (5-5), Esher (5-2), Effingham (7-2), and Teddington in the Final (4-4) to finish 4-0-2 and share the overall title with Teddington.    The team played ferocious defence, logging close to 170 tackles in the six games, and causing at least one tackle turnover in each game, with some key tackles in a close Dorking match by Callum Dron.   Top tacklers were Kieran Finnegan, Same Moreau, and Max Orefice.    The team was not without offence scoring twenty-three tries to the oppositions fourteen; led early and often at scrum half by Ollie Mantell giving quick ball to his teammates; coupled with some fierce straight line running from Will Evans and Teddy Gannon.  Leading try scorers were Will Evans, William Odgers and Max Orefice.

Throughout the festival the boys showed a great deal of maturity and led from the front with team tackling, quick ball off-loads, goal line defence and great sportsmanship throughout; which was evident when both Chobham and Teddington ended the day undefeated and shared the Cup!

Thanks to the coaches and parents for braving the elements and cheering the boys onto victory.