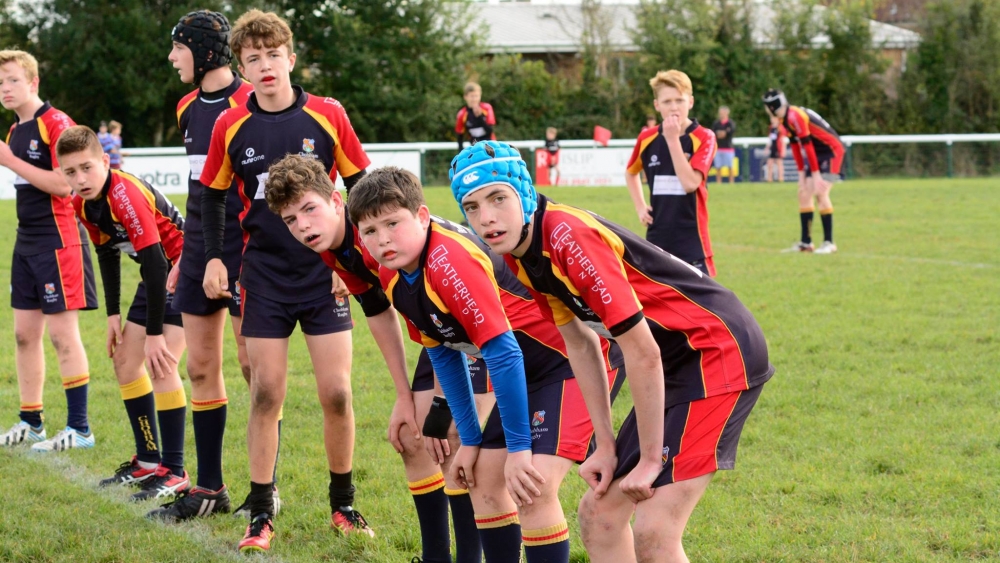 Match Report from Doug Mayger : Hove made the long trip to Fowler’s Wells on Sunday bringing the sunshine with them and ideal conditions for running rugby.

Hove kicked off with the sun behind and the early exchanges showed that both teams were keen to compete despite the fixture being a friendly. Chobham had the majority of possession but weren’t able to put together a meaningful attack until Hove were pinged at a penalty allowing a kick down the line for a lineout on the Hove 25. A couple of short moves around the breakdown advanced play before an overlap was created for Chris to open the scoring in the corner. Hove came straight back at the restart and gathered a tricky kick out of the sun and set off for glory only for Adam to bring him down around 20 yards out and gain Chobham a scrum. An early nudge from Hove turned this to a free kick which the visitors compounded with an infringement at the ruck and once more Chobham were able to kick to a promising position. A good lineout enabled the backs to go to work as play swept across field and then back again from quick recycling. Jack was on hand to make the outside break, but very generously put the ball down just over the 5 yard line. Harry was quickest to react and scooped up the ball to sneak round under the posts to double the score and make the conversion much easier to advance the score to 12-0.

Chobham were fully into their stride now and despite having trouble with the restart again were giving Hove no platform and were sooner in the ascendancy again. From just in the Hove half Reece was on the charge, only brought down by a desperate tap tackle. Still possession was retained and Tommy burst into the line and beat the defence to take the score to 17-0. The fourth try came almost from the restart. Forwards and backs were combining to drive Hove back into their half with the rucking showing no mercy. The Hove defence creaked and broke again as Connor spun out of a tackle and squeezed into the far left corner giving a half-time score of 22-0.

Into the second half and the coaching team of Matt and Laurence were able to rotate the squad to give all the boys a well-earned breather.

Hove were seeing a bit more of the ball but unrelenting defence from the home lads kept them pinned deep into their own half. A rare win against the head gave Hove the opportunity to push play to halfway, and they were finally able to release their quick winger into some space. The defence again was awake to the threat and he was forced into touch without really threatening the try line. Play was cleared but Hove won a penalty and put a good kick to the corner. This created a chance to try their driving lineout that was being worked on during the warm-up. The drive was held up so Hove moved the ball to the feisty 10 who fancied his chances. Chobham however didn’t think much of them and he was quickly wrapped up and penalised for not releasing. Buoyed by the rest of the U14 squad who had come to support after training, the boys set about re-establishing their dominance with quick rucking up front and aggressive tackling in midfield forcing Hove back time after time. Hove eventually won a penalty in midfield and went for the simple tap and go. The Hove player and Fin went at each other like express trains, with Fin for once coming off second best at the collision but had done enough to allow the rest of the pack to pounce and force another handling error from Hove.

More penetrative running and hard rucking created an overlap in the final minutes with Reece breaking again. Hove were able to bring him down but a smart pass out of the tackle gave Gideon the time and space to finish off the scoring and a well-earned 27-0 victory.

So a winning run extended to 3 games all defensive shut-outs leaving the squad in a happy place going into the half-term break in fixtures.